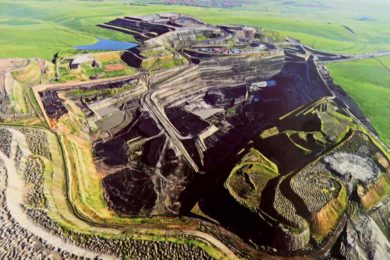 The XEMC 108 t SF31904 dump truck type was used for the experiment with two electric drive trucks automated, number 68 and 69. The driverless dump truck was demonstrated in the experimental area. The demonstration project included driving on a fixed route and simulating the pick-up. The vehicles themselves along with simulated unloading and automatic obstacle avoidance have passed the on-site driving inspection, and the unmanned dump truck project has reached the initial inspection standard.

Since the dump truck unmanned project was approved by SPIC, the South Coal Mine has attached great importance to this project. After signing the contract, it had an in-depth technical exchange with Tage Idriver. “In order to ensure that the project can be completed on time and on schedule, South Coal Mine has adopted a number of measures: First, a special working group is set up, with the mine leader as the team leader, responsible for the project as a whole, and at the same time selecting highly skilled professionals and department directors to join the working group . The second is to formulate a detailed implementation plan for the project, and compile monthly tasks and goals according to the project situation.”

Debugging determines that the problem was that the Lidar and millimetre wave fusion program was not correctly assigning the sensor type field, resulting in perception fusion that did not work properly. After modifying the program, the perception worked normally. The team then carefully selected the dump truck with stable running status and the driving site suitable for the experiment.

In order to ensure the safety of commissioning, South Coal Mine specially selected dump trucks in good condition and equipped them with experienced drivers to cooperate. At the same time, it selected a closed dump site where the site is level and there is no other equipment to work around for testing.

From project planning to initial inspection, it took nearly one year to achieve the expected results. In 2020, the South Coal Mine continues to conduct joint research and testing with Tage Idriver, and plans to implement an unmanned dump truck to run between the power shovel and the dumping site by the end of August.

“The success of the initial inspection of the dump truck driverless project marked another step towards the smart mine in the South Mine. If this technology can be applied to all dump trucks in the South Mine, it will greatly reduce the labour intensity of workers, and also avoid dangerous factors caused by human fatigue driving and misoperation, thereby further improving safety.”