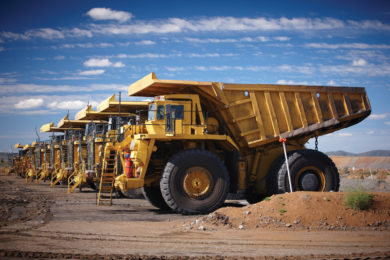 RPMGlobal has unveiled a new addition to its suite of mining simulation solutions, launching TALPAC-3D to, it says, help miners unlock greater potential value from operations.

After detailed consultation with the global user base of TALPAC, RPMGlobal released TALPAC-3D to offer an enhanced user experience, increased functionality and a “stepping stone towards RPMGlobal’s other simulation products for those looking for more sophisticated simulation demands”, the company said.

TALPAC-3D harnesses the functionality of RPMGlobal’s Truck and Loader Productivity and Cost calculator —TALPAC—with a gaming-inspired 3D user interface (UI). This makes it easier and more efficient to import data, view results and make changes to models, and in doing so, enhances the ability for users to optimise haulage routes and equipment selection, according to RPMGlobal.

“TALPAC has been trusted by the mining industry for more than four decades for its accuracy and equipment manufacturer independence, delivering best practice simulation for miners, original equipment manufacturer (OEMs), contractors and consultants,” the company said. “Originally developed as a tool to support truck and loader haul route calculations, TALPAC is now used all over the globe with thousands of users.”

TALPAC-3D builds on the extensive history and smarts of TALPAC and applies a brand-new graphical UI, according to the company. RPMGlobal’s strategy has been to provide a much richer user experience across all products with a focus on the UI. This has translated into an upgrade for TALPAC-3D, bringing it in line with the RPMGlobal Intelligent Simulation suite including HAULSIM, the Discrete Event Simulation (DES) solution.

HAULSIM was introduced to the market over six years ago and RPMGlobal has invested significant resources into ensuring the UI focuses on ease of use and intuitive controls across the entire simulation suite, the company said.

RPMGlobal Chief Executive Officer, Richard Mathews, said: “The solution is reflective of the company’s commitment to taking on board client feedback and addressing the industry’s evolving needs.

“While TALPAC has been the de-facto standard for the industry’s simulation needs for more than 40 years, we remain dedicated to introducing new solutions tailored to the requirements of the industry.”

He added: “We realised there was a need for an innovative simulation solution providing the reliable engine of TALPAC but encompassing a fresh, modern UI that was scalable.”

TALPAC-3D also offers a “seamless upgrade path” with integration to HAULSIM, according to RPMGlobal. As users become more sophisticated in their simulation requirements and need more functionality through a DES tool, they can easily upgrade to HAULSIM. This isn’t offered by any competitors in the industry, according to RPM Global.

The 3D UI of TALPAC-3D delivers several new features such as a fleet planner and a cycle time analysis tool that work across the network.

Mathews said: “The industry’s adoption of TALPAC had continued to grow and it was used by miners all over the globe to help them calculate the ideal size of their fleet and understand which machines and sizes of equipment are most compatible.

“As a modern software package, TALPAC-3D makes that work easier than ever before, enabling end-users to rapidly achieve the next level of productivity.