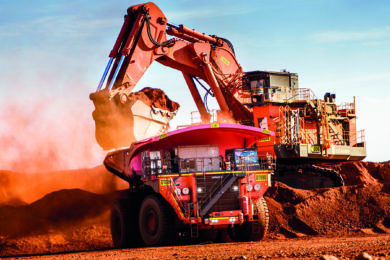 ASI Mining has signed a subcontract with Epiroc to supply its autonomous haul truck solution to Roy Hill in Western Australia. This signing follows the recent award by Roy Hill to Epiroc, a global leader in mining equipment and drill automation, as the prime contractor for the project.

For its part, ASI Mining will supply the technology and systems to convert Roy Hill’s mixed fleet of 77 haul trucks from manned to autonomous operation. The project also includes integration with Fleet and other Mining Management Systems. For vehicle conversions to Drive-by-Wire capability, ASI is utilising its partner Danfoss, a major supplier of hydraulics and electronically controlled components for haul trucks, and recognised market leading supplier of mobile systems to many mining equipment OEMs.

“Being chosen as the technology provider to Roy Hill is testament that the market is eager to establish a more open and interoperable supplier in the AHS space, especially on retrofits, which will provide more flexibility than the traditional OEM offerings”, said Patrick Hald, General Manager of ASI Mining.

The project will focus on safe and highly productive operations and will leverage ASI’s Mobius™ to achieve an integration platform which can continue to scale for future applications. The project will consist of a phased implementation, with testing and production verification of up to eight trucks undertaken in the initial phase prior to the second phase of full fleet expansion from mid-2021.