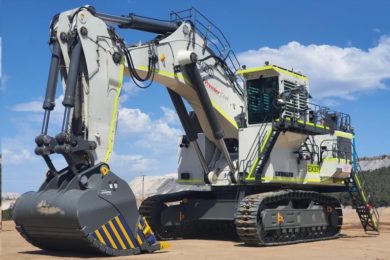 Premier Coal has recently taken delivery of a new Liebherr R 9400 hydraulic excavator at its operation in the Collie Coal Basin of Western Australia.

The new R 9400, which was delivered to the Yancoal Australia subsidiary earlier this month, will replace a R 994B on site and join another R 994B, a R 995 and two R 996Bs in the excavator fleet, Liebherr said.

The R 9400 follows the Liebherr design philosophy of maximising the machine’s performance by improving the efficiency of all individual subsystems. Engineered for optimum serviceability the machine is designed to ensure maximum uptime, the OEM said.

Premier Coal is Western Australia’s largest coal producer, mining about 4 Mt/y, according to the company. It is managed by Yancoal Australia on behalf of its majority shareholder Yanzhou Coal Mining Company.

A modern open-pit operation, Premier has a 240 t truck and large shovel fleet along with crushing, blending, and train and truck loading facilities, it said.

Premier’s coal has outstanding combustion characteristics, according to the company, as well as low ash and sulphur making it suitable for many applications including steam raising (power generation), cement making, and direct heat reduction. Its coal is currently used to generate the bulk of Western Australia’s power supplies, Premier said. It is also used in alumina and synthetic rutile production.