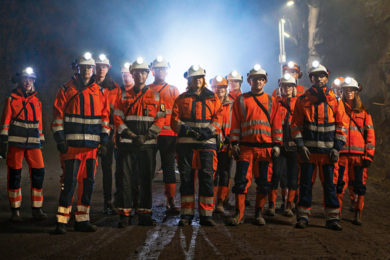 With the COVID-19 virus continuing to affect business operating conditions, Sandvik says it has initiated measures to support savings both in the short and long-term.

The initial focus is on short-term activities with quick impact such as reduced worktime, reduction of temporary employees and consultants, and reduced discretionary spend, it said. Structural changes and reductions in work force to adapt to changed market conditions in the longer term are, in addition, being reviewed.

While the company said business development during January and February 2020 had been in line with its expectations – with the exception of China where the COVID-19 situation led to one week of prolonged closing of its operations around the Chinese New Year (the operations are now up and running and approaching normal capacity) – during March, the uncertainty has gradually increased in many other parts of the world, it explained.

“Most production units in the Sandvik Group have been able to continue operating, however due to government restrictions the production is currently on hold in Italy, India and partially in other regions,” Sandvik said.

“Although Sandvik currently believes that the direct impact on its financial performance during the first (March) quarter will be limited, Sandvik has identified a need to mitigate future effects on our businesses from the rapid spread of the coronavirus.”

The “temporary short-term actions” primarily related to reduced working hours, will generate savings of about SEK1.5 billion ($147 million) in 2020. The initiation of long-term “structural measures” imply costs of about SEK1.4 billion reported as items affecting comparability in the operating profit in the June quarter of 2020, with the majority impacting cash flow, Sandvik added. It expected savings of about SEK900 million from these long-term structural measures, which will reach full annual run-rate by the end of 2021, though.

Sandvik said: “Actions to reduce worktime will mean a temporary negative effect on the compensation for many employees. The members of the Sandvik Group Executive Management have therefore also decided to reduce their salary by 10% during this period.”

On top of this, the Sandvik Board of Directors proposes that the Annual General Meeting resolve on a dividend of SEK3/share, compared with the previous proposal of SEK4.50/share.

“It is the Board of Directors’ intention to convene an Extraordinary General Meeting before the end of October this year to resolve on an extra dividend of SEK1.50, assuming that the market has stabilised and the financial position of the company so permits.”

Stefan Widing, who only took up the role of President and CEO of Sandvik on February 1, said the COVID-19 situation had escalated around the world and the company had to adapt to this “dramatic change in global business conditions”.

He said: “Divisions within all three business areas are taking prompt action in order to secure our long-term market leading positions and protect our company.”