BHP and Vale invest in COVID-19 testing and mitigation measures in Chile, Brazil 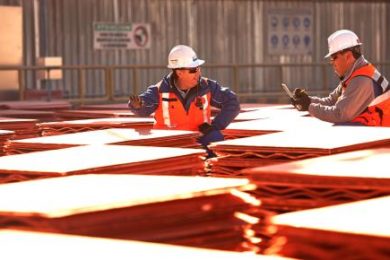 BHP and Vale have invested in measures to help mitigate the spread of the COVID-19 virus in Chile and Brazil, respectively.

While BHP has already announced COVID-19-related plans to hire more people and provide preventative measures in Australia, on top of freeing up money for to support local suppliers, it has now tabled its $8 million strategy in Chile aimed at strengthening the country’s public health network in the face of the pandemic.

It has joined with the Medical Faculty of Universidad Católica with the immediate objective of raising the testing capacity and strengthening the Familiar Health Centers of the South East Area of the Metropolitan Region, as well as Antofagasta and Tarapacá – where its majority-owned Escondida and Cerro Colorado copper operations, respectively, reside.

Daniel Malchuk, President Operations at Minerals Americas, said: “This plan shows our commitment and our profound belief that we should work together to face the difficult times we are going through.”

In addition, BHP will implement a program to support communities and high-risk vulnerable groups in the regions where the company operates, Antofagasta and Tarapacá. This will allow the delivery of supplies, sanitisation of public areas, areas for the isolation of potential cases and support to the state network to increase medical rounds, supplies and treatment for high-risk people, it said.

BHP previously changed the terms of payment for all providers and collaborators in Chile, with large taxpayers cut to 30 days, small and medium enterprises reduced to 14 days and local companies from the Antofagasta and Tarapacá Regions having their terms cut to seven days.

The tests, which can provide results in just 15 minutes, were purchased from China and will be delivered to the Brazilian government, it said. Produced by the Chinese company Wondfo, the test is registered at the National Health Surveillance Agency (Anvisa, Agência Nacional de Vigilância Sanitária) and was donated by Vale to help the Brazil Government fight the spread of the virus in the country.

Vale’s CEO, Eduardo Bartolomeo, said: “Vale offers this support to the Brazilian society at this time when the country is united for the health and safety of people. We are using our logistics network from Asia to bring inputs that can make a difference in people’s lives in Brazil.”

The remaining 4.5 million units will be delivered by the supplier in April, Vale said.

The amount of test kits purchased by Vale represents half of the needs estimated by the Brazilian Ministry of Health as of March 22, it explained.