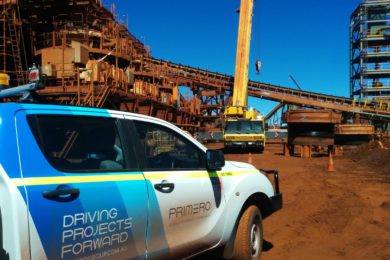 Primero says it has been awarded variation extensions to contracts it already has in place with Rio Tinto at the in-development Koodaideri iron ore project and the Robe Valley iron ore operations, both in the Pilbara of Western Australia.

The multi-disciplinary engineering and contracting firm said the extensions have a combined value of around A$20 million ($12.3 million).

Back in October 2018, Rio, together with joint venture partners Mitsui and Nippon Steel & Sumitomo Metal, approved an investment of $1.55 billion to sustain production capacity at two projects forming part of the Robe River joint venture, which also includes Robe Valley.

The additions to the Koodaideri contract, meanwhile, reflect additional “options selections” that have now been confirmed and included for implementation, according to Primero.

Construction on Koodaideri Phase 1 started in 2019 with first production expected in late 2021. Once complete, the $2.6 billion mine will have an annual capacity of 43 Mt, underpinning production of the company’s flagship iron ore product, Pilbara Blend.

Primero Group secured a A$115 million contract with Rio Tinto’s iron ore division to design, fabricate, supply, deliver, construct, install, test and commission the Mine Infrastructure Area and associated facilities at Koodaideri back in late 2019.