Dargues gold mine on the road to production: DRA Global 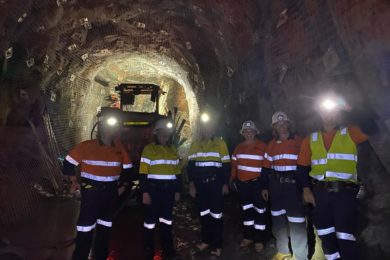 DRA Global says it is in the final stages of the implementation of the engineering procurement and construction (EPC) of the gold concentrate plant for Diversified Minerals’ Dargues gold project, in New South Wales, Australia.

The engineering company was awarded the EPC contract back in January 2019 after detailed design for the project commenced in March 2018. At this point, first ore was expected to be processed in early 2020.

As of March 2020, the plant construction and wet commissioning has been completed, DRA said. Hot commissioning is planned to take place soon and expected to be completed in early April. After this, the DRA team will hand over the 330,000 t/y plant to the client’s operations team, it said.

Dargues, owned by Diversified Minerals, an associated company of PYBAR Mining Services, was previously expected to have a 355,000 t/y capacity gold processing facility comprising crushing, milling, flotation and filtration circuits to produce a sulphide concentrate for export. This could see Dargues produce an average of 50,000 oz/y of gold in the first six years of production.

The mine, which will be operated by PYBAR, is also set to incorporate tele-remote loading. In December, Diversified Minerals took delivery of a second new Cat R1700 underground LHD following commissioning of the first loader during August.

The new machines are equipped with Caterpillar’s next generation Command for Underground technology, giving them automation capabilities that will allow them to be driven via tele-remote from the surface from early-2020. This will realise significant productivity, efficiency and safety gains, according to PYBAR.

Members of the Austmine Board were recently invited to a tour of the Dargues gold mine (pictured).