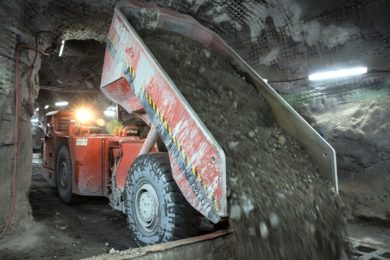 Mexico has become the latest country to enforce a suspension of non-essential activities in response to the outbreak of the COVID-19 pandemic, with its Ministry of Health ordering a temporary halt of activities until April 30 in order to slow the virus spread.

Mexico is the world’s largest silver producer, having produced 6,300 t of the precious metal in 2019, according to the US Geological Survey. This was an increase of 180 t, year-on-year. It is also hosts major copper and zinc mines operated by Grupo Mexico and Southern Copper, and produces a significant amount of gold.

It joins the likes of Peru, Quebec and South Africa in declaring suspensions of all non-essential activities in order to curb the spread of the virus.

Among the miners with operations in the country to have already reacted to the Mexico Ministry of Health’s announcement was Newmont, Pan American Silver, Sierra Metals and Argonaut Gold.

Newmont, which operates the Peñasquito mine in the state of Zacatecas, said it was taking steps towards a safe and orderly ramp down of operations at the asset.

“At this time, mining has not been deemed an essential activity under the decree and the company is engaging with the government to understand the intended impacts of the decree on operations,” it said.

“Peñasquito will work closely with local governments, neighbouring communities, employees, unions and contractors to ensure a safe and orderly ramp down that complies with the federal government’s directives.”

Tom Palmer, President and Chief Executive Officer of Newmont, said the company intended to comply with Mexico’s latest directive, while engaging with the government to gain further clarity regarding “important activities that may continue at the mine”.

In the meantime, the company would ensure Peñasquito, which is the largest gold mine, second largest silver mine and one of the largest producers of zinc and lead in Mexico, remains well-positioned to safely and efficiently ramp up operations in a timely manner once the government’s directive is lifted, Palmer added. This includes maintaining critical safety, environmental management, infrastructure maintenance and security activities, while continuing to provide essential community support.

Pan American Silver, which operates the La Colorada (Zacatecas, pictured) and Dolores (Chihuahua) operations in Mexico, said it would expand its initiative of reducing the number of people on site to increase physical distancing, to bring the mines into compliance with the executive order.

It is continuing to conduct care and maintenance at the suspended operations to sustain strict safety and environmental systems, and to ensure operational readiness when the government restrictions are lifted and Pan American determines it is safe to resume operations, it added.

As a result of this declaration, Sierra Metals said it will only maintain an essential services crew at its Bolivar mine site until April 30, and the Cusi mine site will be placed into care and maintenance during this period. “The company anticipates resuming normal production levels at the mines after this period,” it said.

Sierra Metals added: “Production can recommence to normal levels very quickly after April 30, and the company has some operating flexibility at Bolivar to run the ore processing mill at higher levels, which should help recover lost ore tonnages from this suspension.”

Argonaut Gold, which is looking to merge with Alio Gold – a transaction that will see it increase its Mexico exposure – said it was working towards an orderly suspension of mining, crushing and stacking activities at its El Castillo gold-silver open-pit mine in Durango, and its La Colorada open-pit operation in Sonora. These assets produced 131,277 gold-equivalent ounces and 55,338 gold-equivalent ounces, respectively, in 2019.

The company added: “Given that Argonaut operates heap leach mines, the company expects metal production and metal sales will continue during the temporary suspension of mining activities.” 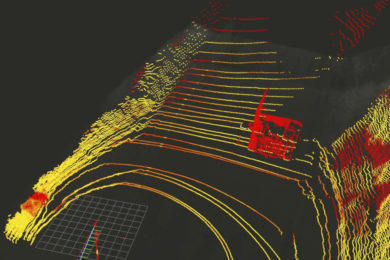