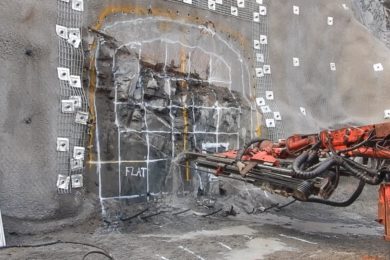 The contractor announced back in February that a conditional letter of intent had been received by GBF, which Macmahon acquired in 2019.

Macmahon said: “These contracts will extend GBF’s tenure at Mount Monger to March 2023, and will add approximately A$200 million ($121 million) to its order book.”

GBF has been operating at Mount Monger since 2014, providing mining services to the Daisy Complex, Cock-eyed Bob and Maxwells mines, which form part of this operation.

The new contract sees GBF add the development of Silver Lake’s new Santa mine, which has an underground reserve of 257,000 t at 3.5 g/t Au for 29,000 oz of gold, to the remit. The first firing of the portal at Santa (pictured here) took place on March 1, according to the miner.