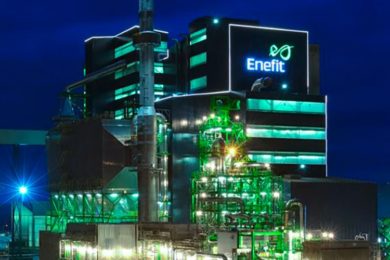 Enefit Outotec Technology (EOT), a company with Eesti Energia as its majority stakeholder, has signed a contract with the Israeli company Rotem Energy Mineral Partnership (REM) to start the design work of the first oil plant based on Enefit technology outside Estonia. Enefit Outotec Technology (EOT) is a joint venture of Enefit and Outotec established in 2009. EOT features an in-house R&D laboratory, an engineering team, and pilot testing facilities. By providing multi-level studies and test work and project execution support, EOT helps oil shale developers to fulfil shale oil projects all around the world.

During the next three months, Estonian top specialists will conduct a pre-FEED study and additional analyses for REM who wishes to create an oil plant, based on which the Israeli company will decide on their next steps. Already prior to this a license agreement has been signed between the companies, which means that in the case of a positive investment decision, it will be Enefit technology that is used for creating the plant. In addition, Eesti Energia is participating in the project as a consultant.

According to member of the management board of Eesti Energia Margus Vals, REM chose Enefit technology for creating their oil plant because it is known to be the most effective industrially proven oil shale refining technology in the world with the least impact on the environment.

“The unique Enefit technology created by Estonian engineers allows to effectively use all mined oil shale, and process into oil old car tyres and perspectively also plastic waste. It’s this efficiency and the capability to support solving environmental problems through circular economy that makes Enefit technology attractive,” said Vals. “One of Eesti Energia’s business fields is the export of our unique expertise and oil shale technology to countries that wish to examine their oil shale reserves more closely and put them into use. Results achieved in the last year prove this choice to be correct.”

According to the contracts signed between REM, and EOT and Eesti Energia, Estonian experts are participating in all stages of the project, performing design and engineering work, offering technical support and other services necessary for creating the oil plant. Whereas Estonia has registered a total of 4.6 billion tonnes of oil shale reserves, just the Mid-Israel area of Mishor Rotem where REM is operating has 2 billion tonnes of oil shale reserves.

Enefit technology allows to use all of the mined oil shale. Additional energy needed for oil production is minimal, as the production equipment is supplying it on its own, and the shale gas with high thermal value produced as a by-product can be used to produce electricity in power plants. This way Enefit technology will obtain more than 80% of the energy contained in the resource.