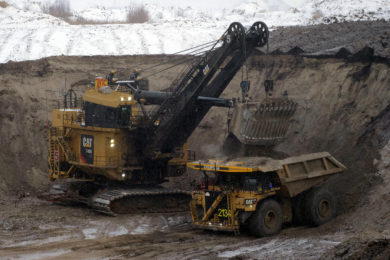 After a year of extensive testing, Caterpillar says it has completed the validation of a wireless technology that will improve networking capabilities for users of its Cat® MineStar™ Command automation offerings for hauling and dozing.

The wireless technology is provided by Fluidmesh Networks, a leader in wireless networking for operational technology applications involving fast roaming and autonomous vehicles, which only yesterday became the subject of a takeover offer from Cisco.

Cat Command for hauling helps improve productivity, efficiency and profitability while reducing overall costs, according to the mining OEM, while Cat Command for dozing provides line-of-sight and non-line-of-sight solutions to keep operators out of the cab and out of harm’s way.

Cosimo Malesci, Fluidmesh Co-Founder and Executive Vice President of Sales, said: “Fluidmesh’s goal is to help customers achieve higher mine-wide productivity by offering a better wireless transport layer. We are extremely pleased to have been able to achieve this milestone with Caterpillar and extend our solutions to Command customers.”

Fluidmesh employs a multiprotocol label switching based solution over wireless, a routing technique capable of reducing roaming times, packet drops and overall network complexity, according to the company.

Gabe Klyber, IT Communications Consultant for Cat MineStar Solutions, says this translates to higher uptime, higher throughput, and lower latency for Command customers when compared with other solutions. “It will also give our customers more options when it comes to connecting trucks, dozers and other supporting assets,” Klyber said.

The Fluidmesh solution, transmitting at 5 GHz end-to-end, uses artificial intelligence algorithms and dual-polarity antennas to improve transmission in challenging environments, according to Fluidmesh. “This approach adds diversity to the networks supported by Caterpillar for use in Command applications,” Cat says.

Malesci added: “Validating wireless solutions for Command offerings and tele-remote operations takes a massive amount of energy and dedication. We are committed to assisting mining companies with their connectivity needs and are truly excited to be able to offer to Command customers a radical new approach to wireless networking.”