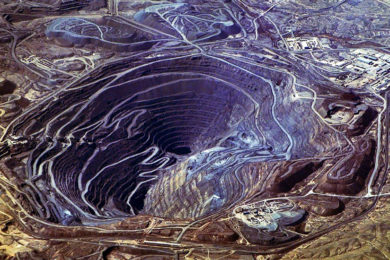 Robit says it has signed a contract with its partner to supply drilling consumables to several mine sites in Uzbekistan, including those operated by state-owned Navoi Mining and Metallurgy Combinat (NMMC).

The Robit Top Hammer and Down the Hole drilling consumables will be delivered during 2020 in several shipments, according to the company. The news follows a recent contract award to supply drilling tools to Norilsk Nickel, in Norilsk, Russia.

The consumables will be used among others by NMMC in its underground and surface mines in the Navoi and Samarkand regions of Uzbekistan.

NMMC’s underground operations include Zarmitan, Gujumsay as well as Karakutan. Its notable open-pit mines include Muruntau (one of the largest open pit gold mines in the world, pictured), Uchkuduk and Amantai. It is a significant gold and uranium miner in Uzbekistan.