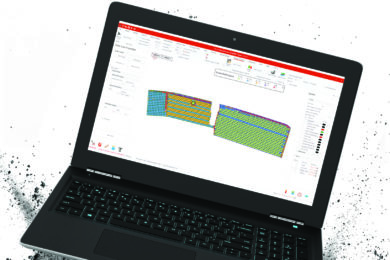 As part of its continuous development of digital solutions, BME says it has further enhanced its BLASTMAP™ blast planning tool with an added burden relief timing module.

D Scott Scovira, Global Manager Blasting Science at BME, said this new burden relief feature gives the blaster better control over the shape and movement of the blasted rock muck pile, adding that this has knock-on benefits for the excavation fleet.

The new feature augments a range of BLASTMAP tools that have added value to BME’s customers for many years, integrating with BME’s AXXIS™ and XPLOLOG™ systems, the company said.

AXXIS allows blast technicians to program a detonator with the desired time delay, while XPLOLOG allows users to view, capture and sync drill and blast data to a cloud database for real-time access to preparation progress on the blast block.

The vibration prediction tool, which generates a predictive isomap of vibration levels around the blast, ensures that blast vibrations do not exceed regulatory or self-imposed environmental constraints, the company said. BLASTMAP also includes an advance through-seam design module, to design explosive loads and initiation times in multiple dipping coal strata.

And BLASTMAP can use data from a range of sources, according to Tinus Strauss, Senior Software Engineer at BME.

“Data can easily be imported from third-party software through our import wizard,” Strauss said. “This allows any text-based file to be used – as well as specific formats like DXF files – conveying data on parameters such as block-out lines on benches, hole depths and charge.”