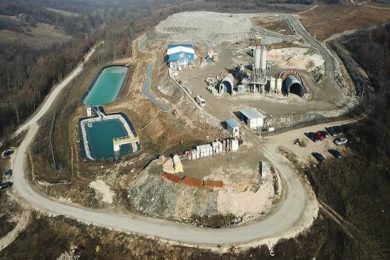 CPM Consulting, which has a supervisory role at the massive Timok copper-gold project for Zijin Bor Copper, the Serbian unit of China’s Zijin Mining Group, says the operation will produce 3.3 Mt/y (10,000 t/d) of ore from the Cukaru Peki Upper Zone mine. The operation also represents the first big European project for Chinese mining contractor JCHX, which set up local company JCHX Kinsey Mining Construction doo Bor to manage the mine construction. JCHX Chairman Wang visited the project in November 2019 to review the project plans and works in progress. JCHX has been busy sinking the ventilation shaft at the site and developing the main decline. First copper from the Upper Zone mine is still expected by end 2021.

The Timok mine is located in Bor, eastern Serbia, 5 km south of the city and about 250 km southeast of the capital, Belgrade. Timok has different ore types associated with the upper and lower genesis: the Upper Zone is a high-grade massive gold & copper deposit and the Lower Zone is a super-large porphyry copper deposit. The project is located within the central zone of the Timok Magmatic Complex (TMC), in the Serbian section of the East European Carpathian-Balkan Arc. The TMC has one of the highest concentrations of copper enrichment in the Tethyan Belt.

In March 2019, Zijin Mining completed the 100% acquisition of Nevsun Canada. According to the agreement, Zijin took a 100% interest in the Upper Zone of the Timok project formerly held by Nevsun and a 46% interest in the Lower Zone, the other 54% being held by Freeport McMoRan Exploration Corporation (FMEC). In November 2019 the FMEC interest was then acquired by Zijin. After completion of that transaction, Zijin’s copper resources and associated gold resources increased by 7.72 Mt and 161 t respectively, which it said would “benefit the unified development of the Upper Zone and the Lower Zone of the Timok copper-gold mine.” 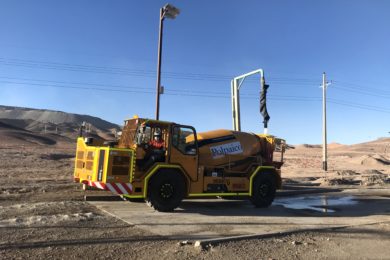