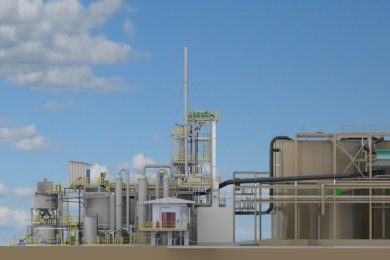 GreenGold Technology has been making huge waves of late, with its biggest ReCYN resin-based technology build to date nearing completion and several new projects on the horizon.

ReCYN reduces cyanide consumption by up to 50% by capturing free cyanide from plant tailings and recycling it back into the leach circuit while recovering metal complexes and making them available for sale, according to the company. In the process, it detoxifies the tailings stream and guarantees 100%-compliant clean water discharge.

Such technology is in serious demand considering the industry’s operational cost focus, increased stakeholder pressure around the use of cyanide, the need to recycle and replace as much water as possible, and a necessity to improve project economics through the recovery of all payable metals.

On top of this, new and existing gold projects are becoming difficult to process through conventional means with problems around by-products such as copper often proving to be the difference between a sub-economic and economic mine development proposition.

The ReCYN process is based on the use of a functionalised resin bead, pre-treated to allow the dual duty of recovering free and complexed cyanide ions from solution with a high degree of efficiency. GreenGold works with local construction companies to customise treatment plants for each operation to match the various solution chemistries and throughputs, it says.

“The two areas of cyanide recovery and metal detoxification are balanced to achieve the desired compliance levels,” GreenGold says. “Equally applicable to slurries and solutions, the process is technically and economically superior to all others currently available for the detoxification of gold plant tailings.”

The company currently has four ReCYN options for clients, according to Commercial Director, Peter Mellor.

ReCYN I is for active (free) cyanide reduction, while ReCYN II has been devised to include detox applications to recover cyanide complexes such as copper. ReCYN III adds gold recovery as a “secondary function” to the mix.

The fourth option (ReCYN IV) includes gold recovery as a primary option, Mellor told IM, explaining that the development of a plant offering in this configuration could remove the need for a carbon in leach treatment plant in some applications.

It is a ReCYN II installation the company is currently putting the finishing touches to at PT Agincourt Resources’ Martabe gold-silver operation in Sumatra, Indonesia (graphic above).

This project, which will detoxify tailings and recover cyanide and copper, was previously estimated by Whittle Consulting to provide a $126.9 million upside to the project.

Speaking to IM from Australia, Mellor said the company was just over a month away from completing the plant at Martabe before COVID-19 restrictions hit progress. He was confident the company would be back completing plant commissioning before the end of the year.

By far the biggest ReCYN installation of the technology, the ReCYN II plant at Martabe will fit into the 5.5 Mt/y circuit and treat around 1.2 t/d of copper, Mellor said. It will also have benefits in terms of reduced cyanide consumption and improved water quality at the operation.

While work in Indonesia is currently not taking place, the company is making significant progress elsewhere.

Mellor said GreenGold had started detailed engineering for a plant in the Ivory Coast, while it had also completed an economic study on a legacy gold operation in Australia that showed compelling economics and the potential for a ReCYN IV installation for processing gold-bearing tailings.

The company also has some 40 projects it is working on in the laboratory – from Australia to the US – with client awards expected in the next few months. 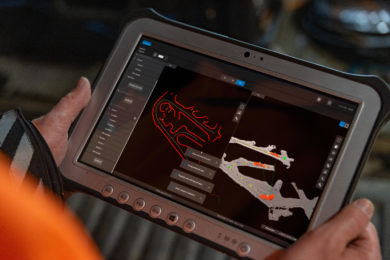