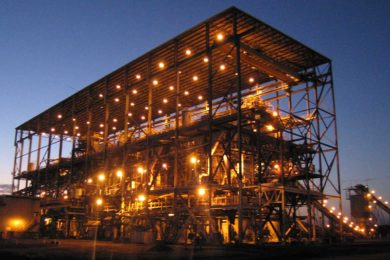 BHP, to more effectively ramp up its use of digital technologies, has opened the first of its ‘digital factories’ in Brisbane, Australia.

Instead of having digital projects delivered by multiple parts of its business, the factory will create a unified ‘community of practice’ among technical roles, according to Rag Udd, BHP Acting Chief Technology Officer.

“The new hubs will abandon the traditional hardware-centric approach to innovation and will help us maximise the use of cloud technologies for rapid digital development in an enhanced digital environment,” he said.

An example of that comes from the company’s coal business where it is launching its “first digital factory”.

Udd explained: “The coal mined from Caval Ridge needs to go through a processing plant. Typically, for every 100 t that enters the plant, around 58 ts of sellable product comes out the back-end. In our digital factory trial, we set the team a challenge of improving this yield using just 12 months’ worth of historical data.”

The team quickly created an algorithm that told the company what the optimal setting for the plant was, based on the blend of coal coming from the mine, according to Udd.

“There is more to do, but this will help us improve our yields and increase the utilisation of our processing facility,” he said. “This is the very definition of productivity: a low cost way to markedly improve an output.”

In the future, BHP hopes to see much more of this type of innovation, according to Udd.

“Our sites are expected to benefit from the rapid deployment of reliable solutions that make their lives easier, minimising variability and unplanned outages,” he said. “The factory will focus on projects that can be delivered quickly, where minimal onsite infrastructure is required and where the return on investment is many multiples of the initial outlay.”

While BHP has started in coal in Brisbane, it plans to also launch digital factories in Chile, North America and Western Australia, according to Udd.

“They will partner with our operations to help solve asset-specific problems,” he said. “Struggling with a well performance issue in the Gulf of Mexico? Speak to your local factory and see if machine learning can provide some insight. Conveyor belt reliability issues in Chile? Let’s see if your ‘digital foreman’ can run some advanced analytics over data from the sensors.”

He concluded: “Other industries have shown us that this model works. With the right people and the right operating model set up, I am confident that we can bring an exciting new element to the way we solve operational problems, and in doing so rapidly create real and lasting value for BHP.”