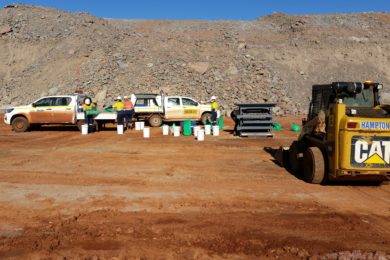 A collaborative study with Australia mining companies BHP, Norton Gold Fields and Saracen on the integration of screening and particle sorting techniques is set to deliver benefits across the resources sector, according to CRC ORE.

The Integrated Screening and Particle Sorting Collaborative (ISPS) study aims to develop a robust and scientifically rigorous framework for collecting, testing and reporting results for integrated screening and particle sorting techniques in a variety of ore domains.

The study, which began in August 2019, is currently underway at BHP’s Cliffs nickel mine, Norton Gold Fields’ Paddington gold site and Saracen’s Carosue Dam gold operation, all in Western Australia. It is expected the study will further expand during its 15-month tenure to include an additional two sites, according to CRC Ore.

“Trials have recently been conducted at several gold mining operations in the Goldfields region of Western Australia,” Dr Dyer said. “What commonly fails to be taken into consideration is the benefit of first assessing the natural deportment of metal to a size fraction through grade-by-size screening test work, prior to undertaking particle sorting test work.”

He added: “Missing this step has two impacts. First, there is a risk that particle sorting test results will be misinterpreted as being representative of the full sample without considering the mass balance impact of high-grade material that might have been lost in the fine fraction. This fine fraction will not be detected through the particle sorter.

“Secondly, the opportunity may exist to upgrade feed first through determining if there is a concentration of high grade to the fine (or coarse) fraction which can be separated through screening. Undertaking screening in the preparation stage of the particle sorting process will enable analysis and separation of the fine or coarse fractions of a rock mass.”

Dr Dyer said the study outcome would be a blueprint for understanding the opportunity for upgrading ore feeds, including an assessment of operational impacts, economic valuation and implementation approaches.

The three mining companies would benefit from insights and improvements generated from other sites, while CRC ORE will benefit from developing a broader understanding of the application and opportunity for applying particle sorting on a range of deposit types, he said. In CRC ORE’s case, this will be integrated with natural deportment grade-by-size screening opportunities to maximise value for mining operations, he said.

The ISPS study forms part of the CRC ORE Grade Engineering® program, which is focused on extracting metal more efficiently by separating ore from waste before the comminution process commences.

In typical crush-grind-float operations, value recovery only takes place at around the 100-micron particle size involving three to four orders of magnitude size reduction compared with run of mine feed, according to the organisation.

“For increasingly low-grade deposits, the cost of energy and capital intensity required to process and reject worthless material at micron scale drives poor productivity,” it said. “An alternative is to deploy a range of coarse rejection technologies.”

Grade Engineering is an integrated approach to coarse rejection that matches separation technologies to ore specific characteristics and compares the net value of rejecting low value components in current feed streams with existing mine plans as part of a system view, according to CRC ORE.

“Particle sorting is an important lever of Grade Engineering,” Dr Dyer said. “Through this project, CRC ORE is looking to develop a better understanding of the value of particle sorting to upgrade mill feed, particularly when combined with grade-by-size screening.”

A not for profit organisation funded by the Australia Federal Government and the global minerals industry, CRC ORE commenced in mid-2010 and, after its initial five-year funding term, was awarded a further six years of funding until July 2021. 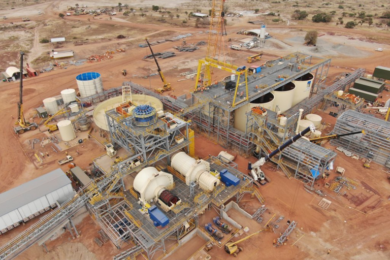