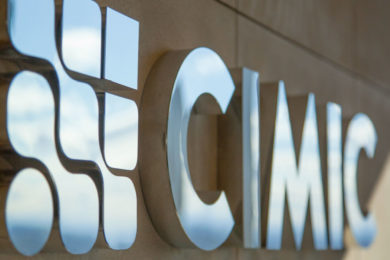 Australia-based engineering-led group, CIMIC, posted “robust” operating profit margins in its March quarter results, remarking that the mining market is proving resilient throughout the turbulence caused by the fallout of the COVID-19 pandemic.

Its operating profit margin was 8.4% for the period.

Throughout the quarter, the company said it had witnessed stable investment in capital expenditure to sustain mining operations. Its UGL subsidiary secured contracts to provide maintenance, shutdown and project services for clients in the mining sector, and its Thiess and Sedgman subsidiaries secured framework agreements with Rio Tinto Iron Ore, in Western Australia, and variations to operations contracts in New South Wales, respectively.

The future prospects for the company look good with, as at March 31, around A$90 billion of tenders relevant to CIMIC expected to be bid and/or awarded for the remainder of 2020, and around A$400 billion of projects coming to the market in 2021 and beyond, it said.

Some major projects the company is currently bidding on include the Lake Vermont mining extension contract in Queensland, Australia. CIMIC’s Thiess is currently working on this Jellinbah Group-owned coal asset through a schedule of rates contract that sees it carry out coal mining, clearing and grubbing, topsoil removal, drill and blast, overburden removal and rehabilitation of final landforms. It also provides all mobile plant and equipment and operates and maintains the client’s coal handling and preparation plant at the site, according to Thiess.

Another contract the company is eying up for more work is the Kaltim Prima Coal (KPC) mining extension in Indonesia. Again, Thiess has a schedule of rates contract in place at the 11 Mt/y Sangatta coal operation and the company hopes it can continue its relationship with the mine with a 2022 contract extension.