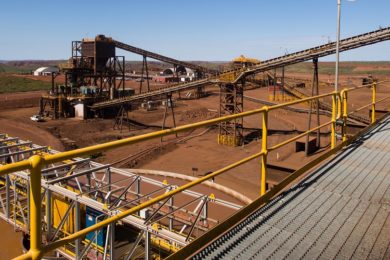 The award, which continues FMG’s longstanding commitment to supporting local and Aboriginal businesses, will see the group carry out the earthworks, access preparation and rehabilitation services associated with the hydrogeology drilling program for the Iron Bridge project.

The Iron Bridge project will deliver 22 Mt/y (wet) of high grade 67% Fe magnetite concentrate product, according to FMG, with the first stage completed successfully by building and operating a full-scale pilot plant at the North Star mine site. This pilot project included the use of a dry crushing and grinding circuit, which FMG plans to leverage in stage two.

The second stage of the project comprises the construction of a large-scale process plant, and port infrastructure to support the production of 22 Mt/y (wet) of iron ore.

In FMG’s March quarter results, released late last month, the company said the $2.6 billion project was progressing on schedule and budget, with first concentrate production planned in the first half of calendar year 2022.

“We are committed to building on this proud track record through our growth projects, Eliwana and Iron Bridge, which have already awarded over A$60 million in contracts to Aboriginal businesses,” she said.

“Importantly, Billion Opportunities is focused on building the capability and capacity of Aboriginal businesses, and it is very pleasing to see Cundaline, a business which commenced operations as a labour hire company, now expand into earthworks and mechanical maintenance contracting areas.”

Cundaline’s Managing Director, Brenden Taylor, said: “The West Canning Basin Earthworks contract is a milestone project and the first of a number of potential opportunities on the Iron Bridge magnetite project for Cundaline.

“We have worked hard to transition our company from a labour hire specialist to a contracting entity managing and delivering our own projects. I am particularly proud of my team for their professionalism and ‘can do’ attitude and not giving up during the tough times.

“Along this journey we have worked together with other Aboriginal businesses and I especially want to acknowledge Fortescue, through the Billion Opportunities initiative, for making a real difference for a local and Aboriginal business like Cundaline to continue to grow our capacity and capability into the future.”