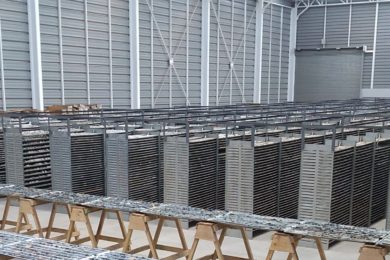 In the middle of a prefeasibility study on the Vizcachitas project, Los Andes recently issued an update on the study progress.

A delay of PFS publication to the March quarter of 2021 due to the onset of COVID-19 impacting some of the metallurgical test work and field work at the project might have been the key takeaway for investors, but those in the mining technology game will be focusing on the revised process flowsheet being put forward at the Chile project.

One of the big changes was seen at the front end on the comminution side.

In the close to year since issuing the June 2019 PEA, and with the arrival of Porcile and his team, the company’s understanding of its orebody characteristics and the technology available to it as a new greenfield project owner has grown.

Porcile said the ore at Vizcachitas is very suitable to this energy efficient HPGR technology, with metallurgical test work showing an HPGR circuit can reduce the sensitivity to changes in hardness, providing a product that is more consistent in size. This will help reduce major process fluctuations downstream – where there have also been some changes.

The P80 target grind size of 240 microns hasn’t changed much – moving up to a P80 of 240-300 microns – but the SAG and ball mill circuit has been replaced with a three stage crushing circuit using secondary crushers in open circuit and HPGR as a tertiary crusher in closed circuit.

On the preliminary comminution process flowsheet, this includes the use of a Metso Superior™ MKIII primary gyratory crusher, feeding three Nordberg® MP2500™ cone crushers, which move into 40,000 t crushed ore bins. This material is then conveyed to two Metso HRC™ 2600 HPGRs.

Los Andes says the configuration of secondary cone crushers in an open circuit avoids the use of a coarse ore stockpile and recirculation conveyor belts – reducing dust emission sources – while the closed reverse grinding circuit allows less production of fines, which is helpful for the follow-on thickening and filtration stages.

On top of this, the secondary crushing and grinding plant in this setup is close to the primary crusher, which also reduces coarse ore conveying costs.

Porcile said HPGR technology has moved on a long way in the last decade and now represents a more reliable proposition than using the SAG and ball mill circuit previously proposed.

“There is much less risk associated with using HPGRs in a new operation,” he told IM. “Large SAG mills not only take up lots of space within the plant, they can also come with teething problems during start up.”

He added: “HPGRs used to come with lots of wear problems, meaning you had to replace the rollers often. The maintenance on them is that much better now; the rollers do not wear out as quickly and, when they do, you can easily replace them.”

On top of the obvious benefits in energy consumption that come with using HPGR technology, there are positives that can be felt further down the process flowsheet.

“We are very confident that HPGR is the best alternative for our project due to the nature and quality of our ore,” Porcile said. “We produce very little fines, which has an impact on the way we deal with tailings.”

The combination of a lack of fines and low presence of clays (mainly kaolinite) has helped filtration performance in test work, indicating that a dry-stacked tailings solution may be viable at Vizcachitas, Porcile said. 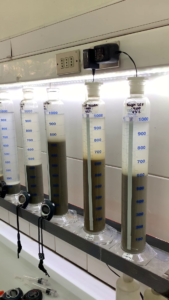 This could provide an up to 50% reduction in water consumption compared with the PEA at Vizcachitas. It could also see some 82% of water recovered throughout the process, in addition to a significant reduction in infrastructure requirements.

“We go from having infrastructure in two valleys in the PEA to one in the PFS,” Porcile said on the latter point.

One may think creating a dry-stacking operation at a 110,000 t/d throughput mine would prove costly and difficult, but the lack of fines and low presence of clays already mentioned means the process is a lot simpler to other dry-stacking projects currently on the table across the globe, according to Los Andes.

Test work to date has indicated that coarse material from the plant (plus-400 microns) could produce a cake with 14%-18% moisture through the use of belt conveyors. This material currently makes up 87% of the envisaged tonnage.

Only 13% of tonnage classed as fines (less than 400 microns) would have to go through pressure filters to produce a 16-19% moisture cake, according to the company. 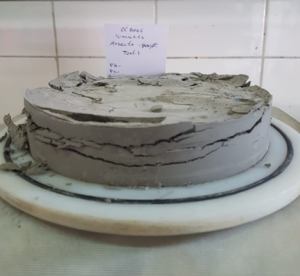 Porcile says these belt filters work just as well as pressure filters on the coarse material from Vizcachitas but are that much more cost effective.

“Belt filters come with high filtration rates, are low cost (in terms of capex) and are reliable,” Porcile said. “In the study, we envisage saving pressure filters only for the very top level of material.”

While it is too early to talk about the impact these changes will have on the capital expenditure and net present value numbers to be included in the PFS, expect the $1.87 billion and $1.8 billion (after tax and with an 8% discount), respectively, to change. 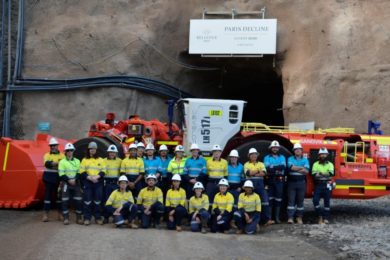