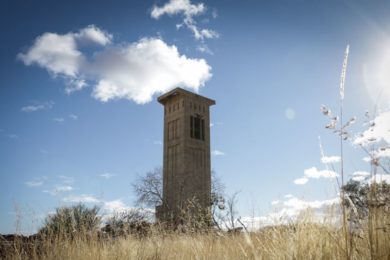 Two significant engineering changes have had a positive impact on the expected returns from Orion Minerals’ Prieska copper-zinc project in the Northern Cape Province of South Africa.

Issuing an updated bankable feasibility study (BFS) for a proposed new 2.4 Mt/y copper and zinc mining operation earlier this week, the company said there had been “numerous improvements” on the previous study completed in June 2019.

This included a 43% increase in post-tax undiscounted free cash flows from the project to A$1.2 billion ($798 million); a 36% increase in after-tax net present value (8% discount rate) to A$552 million; and a five-month reduction in the capital payback period to 2.4 years.

In the plant, the major changes include the use of SAG milling, and removal of secondary crushing, screening and rock conveyors.

The use of a SAG and ball milling circuit followed by differential flotation removes the need for multiple stages of crushing – which was included in the previous study.

The milling circuit, meanwhile, is fed with (F100) 250 mm primary crushed material from the primary stockpile at a throughput rate of 300 t/h and produces a product size of 70% passing 75 μm, which is fed to the differential flotation circuit.

In a presentation, Orion stated that the processing plant costs from the 2019 study to the latest BFS had dropped 16% to A$91 million.

The next big change was a different de-watering philosophy of the old workings of Prieska, with the BFS including a new water treatment route. This resulted in a 30% decrease in the shaft dewatering timeline, it said.

The Hutchings Shaft and underground workings at Prieska are currently filled with water to a depth of 310 m below surface and contain a volume of 8.6 Mcu.m of water.

Dewatering of the workings via a pumping system to be installed in the Hutchings Shaft is now planned, with water being pumped into a 1 Mcu.m volume dewatering dam on surface, from where mechanical evaporators and a reverse osmosis water treatment plant will be used to dispose of and treat the water for discharge into the environment.

The use of water treatment supplements mechanical evaporation, which allows the pumping schedule to be accelerated by four months, Orion said. “Furthermore, the Department of Human Settlements, Water and Sanitation stipulated as part of the IWUL (Repli Integrated Water Use Licence) application process that provision be made for a portion of the dewatered volume to be made available for social, commercial or agricultural use in the locality.”

Forced evaporation is planned to be used as the primary means to dispose of the water with the water treatment plant (WTP) as the secondary means to treat and then discharge treated water into the environment as irrigation water.

Forced evaporation requires the use of a large evaporation dam, according to Orion, which impacts environmental considerations when compared with the small footprint required by the WTP.

“This is mitigated through the early construction of the tailings storage facility (TSF) which serves a dual purpose for early project phase dewatering and later as a TSF during the operational life of the mine,” the company said.

These actions, in addition to prioritising the extraction of higher grade (and confidence) mineral resources earlier in the mine schedule, helped significantly improve the project return economics, according to Orion.

Orion’s Managing Director and CEO, Errol Smart, said: “With the Prieska BFS update now complete, the development of the Prieska project is ideally positioned to play a vital role in the local economic recovery plan for the Northern Cape region.

“The project’s low exposure to imported materials and foreign labour reduces construction challenges as the world overcomes and recovers from COVID-19.”

Smart added that the company was targeting a production start-up in 2024 as market conditions permitted.