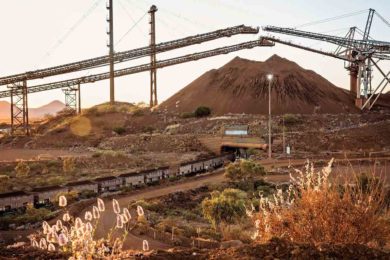 Monadelphous Group has added another A$150 million ($101 million) worth of construction and maintenance work in the resources and energy sectors to its portfolio after being awarded contracts from the likes of BHP, Rio Tinto, Fortescue Metals Group and Newcrest Mining.

The company is set to continue its stay in the Pilbara of Western Australia having secured a contract under its existing BHP Western Australia iron ore (WAIO) asset panel framework agreement associated with the dewatering of surplus water at Mining Area C (Yandi mine, pictured).

Close by, it has received a three-year contract with Rio Tinto for the provision of maintenance services and minor projects on its Pilbara marine infrastructure, and one-year extensions to its two existing fixed plant maintenance and shutdown crane services contracts with Fortescue.

In addition, Monadelphous has been appointed to BHP’s WAIO Site Engineering Panel for a further two-year term, to provide civil, structural, mechanical, piping and marine services at its mine site and port operations in the Pilbara.

In Papua New Guinea, meanwhile, Monadelphous has sealed a new three-year contract to provide minor capital project services, including civil, mechanical, structural, piping, and blast and paint at Newcrest Mining’s gold mining operations on Lihir Island. The company has been providing services at Lihir Island since 2017.

Added to this is a four-year contract to continue providing mechanical and electrical maintenance and turnaround services for a customer’s midstream operations in the Queensland, Australia, coal seam gas market.