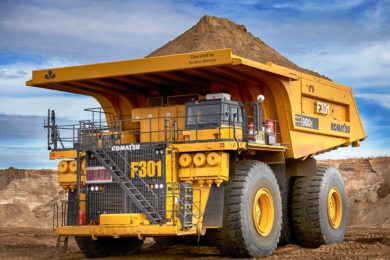 In its Q1 2020 report released May 5, oil sands major Suncor Energy outlined the challenges it is facing with the COVID-19 pandemic leading to an unprecedented decline in demand for transportation fuels and a significant oversupply of crude oil resulting in a substantial decline in crude oil prices. Suncor’s first quarter 2020 operating loss was C$309 million compared to operating earnings of C$1.209 billion in the prior year quarter.

That said, it intends to continue leveraging technology where possible as part of a commitment to concentrating investment on “sustaining projects that are designed to maintain safe and reliable operations and proceed with select late stage, high‑value and low capital economic investment projects.” This includes staying on track with its truck automation (often referred to as autonomous haulage system or AHS) plans, and at Fort Hills (Suncor 54.11%) actually speeding up the deployment. Suncor started the roll out of autonomous hauling across its oil sands fleets in early 2018. and the first of its three operated mines, North Steepbank, saw its fleet of 18 trucks working with three manned shovels go fully autonomous in September 2018.

Fort Hills will be the second of the main Suncor mine truck fleets to go fully autonomous. This is understood to be 47 Komatsu 980E trucks in total working with eight manned shovels, and was originally to be completed in 2021 but is now completing this year. This is being followed by Millennium, with the largest fleet of 85 autonomous trucks working with 15 manned shovels set to be running by 2023, though this fleet is being built up incrementally with trucks already running unmanned there, and this process to get to the 85 also looks likely to be sped up.

Management of the autonomous projects is mainly done between Suncor and the Komatsu dealer in the oil sands, SMS Equipment, along with Modular Mining Systems and Komatsu Mining input. SMS has a dedicated training facility in Fort McMurray and another in its Acheson headquarters, near Edmonton.

The Suncor AHS fleet last year was producing some 5 Mt/mth with the 100 Mt AHS milestone surpassed in Q4 2019. While the Fort Hills fleet is understood to be all 980E trucks, the other mines also include some autonomous 930E models. Suncor also operates the 960E truck but it is unclear if any of these units have also been converted to auto operation.

There have been some learnings along the way for Suncor, such as the fact that autonomous trucks will follow an identical path of travel every trip so that deep rutting occurs in summer after several passes due to material characteristics; this has required addition of variability to a system that is predicated on consistency.

When first announced in January 2018 Suncor said that the rollout of autonomy with some 150 trucks across its operations would take up to six years – so up to early 2024 – but as outlined above market conditions are speeding up this timeline somewhat. Alister Cowan Chief Financial Officer stated in the discussion call: “We have expedited autonomous haul truck deployment at Fort Hills to further reduce costs” while the main release adds: “The bi‑directional interconnecting pipelines between Syncrude and Oil Sands Base and the deployment of autonomous haul trucks at Fort Hills will continue to be funded and are expected to be completed in the second half of 2020.”

Most of the Fort Hills autonomous trucks are not newly delivered machines – its fleet of 400 ton (363 t) class 980E trucks have mainly already been operating at the mine since late 2017 but have the integrated onboard controls needed for AHS and so are “automation ready” for use of the FrontRunner™ automation platform once fitted with the necesssary advanced sensors, HP-GNSS etc while a few “new” autonomous 980E-4AT trucks have also been added, the first being commissioned at Fort Hills last year, when Mike Brown, EVP Innovation and Advanced Technology, SMS Equipment stated: “SMS Equipment continues to offer leading technology solutions for the mining industry by working closely with its OEM Partners to deploy and support these technology programs such as autonomous haulage. We have invested heavily in developing an experienced team of autonomous mining specialists capable of supporting our customer’s needs from inception through to implementation and continuous improvement. The rapid increase in proposed autonomous projects will make Canada a global leader in autonomous adoption as Canadian mining companies focus on driving better efficiencies into their operations.”

In February 2019, Suncor Chief Operating Officer Mark Little commented in the Q4 2018 results discussion as follows: “At Fort Hills we never actually hired permanent staff to operate the trucks in anticipation of us putting in autonomous haul trucks, so we have some people doing contract work today. The intent would be over the next several years to roll this through and turn all of our operated mines at Base Plant and at Fort Hills to fully autonomous.” He added that “we’re in the process now of getting ready to start turning on some of that at Fort Hills” referring to the fact that the 980Es can be switched over to auto operation being autonomous ready.

Interestingly at the time he also gave some insight as to why automation hasn’t gone ahead yet at Syncrude (now owned by Suncor 58.74%). He added: “Syncrude is different, one of the things that opened up the opportunity for us to do autonomous haul trucks [Millennium] right now was we came to the end of the natural life of our fleet. And so we had to decide how we were going to move forward and our view was is if we were going to invest in a new fleet, we should make sure that it was autonomous and we worked all the various technology. Syncrude isn’t at that stage. We would expect that this would be something they would look at significantly, and we have a lot of experience with it by the time they get to their fleet turnover, which is several years out.” So that would infer that Syncrude will be looking at automation rollout in 2021/2022 though again this may be expedited.