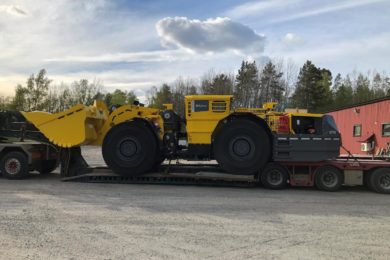 The Sustainable Underground Mining (SUM) project is one of the largest of its kind in the world. Working towards more sustainable mining for tomorrow – automation and electrification are key SUM ingredients. Within this project, for the first time ever, Epiroc has recently delivered an 18 t class Scooptram ST18 loader (LHD) which will be working it says in full autonomous mode in the main mine at LKAB’s Kiruna iron ore operation in Sweden.

IM understands from LKAB that the machine will then move later in 2020 to the dedicated testing area at Kiruna in the Konsuln orebody. In addition to the autonomous ST18, LKAB said that it also intends to trial an ST18 Battery which is likely to arrive at the mine in Q1 or Q2 2021 when it becomes available.

LKAB has said it wants to test autonomous mining machines such as autonomous LHDs that can load autonomous trucks. The core aim of the autonomous machines is to enable production to continue for a longer period each day. All of the test results will be used as the basis for decisions on tomorrow’s mining.

Konsuln is located in the southern part of Kiirunavaara and is a small, almost separate, section of the Kiruna mine. Konsuln currently produces approximately 0.8 Mt/y of iron ore as well as functioning as the test zone for the SUM project. Parts of the new levels at Konsuln are being designed with what is known as a fork layout. Among other things, this type of layout makes it possible to increase the total number of vehicles transporting ore from a production area, something that increases production capacity. Konsuln has three current working levels: 436 m and 486 m. A further level, at 536 m, should be ready by the end of 2020.

After 2030, LKAB will be ready to mine iron ore deeper in the mines in Kiruna and Malmberget, to ensure long-term competitiveness. This presupposes that decisions are already being made in the mid-2020s for one of Sweden’s largest industrial investments ever. The sustainable mine of the future requires new control systems, new and developed mining equipment and complex and efficient management systems that meet future demands on a sustainable industry.

The SUM is a unique collaboration between LKAB, ABB, Epiroc, Combitech and the Volvo Group who together will develop a new global standard for sustainable mining. SUM is part of MINE 5.0, included in the framework of the development programmes initiated to implement LKAB’s journey toward the next generation’s production systems and tomorrow’s LKAB. The objective is to set a new global standard for sustainable mining at great depths, and the target is a future mine that is safe, carbon dioxide free, digitalised and autonomous. A number of production, automation and communications tests will be carried out up until 2023.

The first phase up to 2022 involves charting what is required and validating the concept, building the testbed in LKAB’s underground mines and producing data as a basis for deciding on future structural investments. In phase two 2022-2030 decisions will be taken on whether to go deeper down in LKAB’s mines using new methods and technical solutions and on starting construction of an industrial-scale next-generation production system. In the final phase 2030-2060 “a new world standard will be set for sustainable mining at great depths, with Swedish industry leading innovation in a long-term open and transparent partnership.” 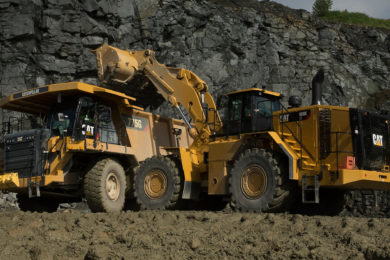