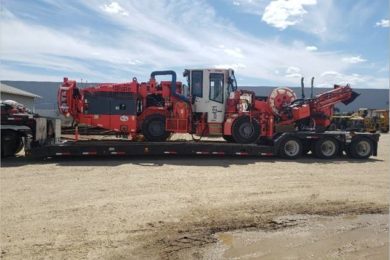 K92 Mining, despite the onset of COVID-19, has made significant progress on its plans to increase production at its Kainantu gold mine in Papua New Guinea.

In March 2020, Kainantu achieved a major milestone, commencing the first long hole stope using the modified AVOCA method. This method is ideal for narrow vein/lens higher-grade stopes and can provide higher tonnages through continuous fill and blasting, as well as improved dilution control, according to the company.

The commencement of this new mining method is significant since previous mining has been exclusively from lower productivity and higher-cost development and cut and fill stoping, K92 said.

The first stope was from the K1 Vein and, to date, long hole stoping activities have performed in-line with design and have been increasing, providing a notable positive impact on operational flexibility, the company added.

Mining operations, which have been expanding in line with the 2019 decision to expand throughput to 400,000 t/y, from 200,000 t/y, have also benefited from further additions to the mining fleet.

The Papua New Guinea COVID-19 State of Emergency declared on March 20, 2020, saw limited impact to freight, with the arrival of a third Sandvik LH517i underground LHD loader with AutoMine® capabilities, a third CAT AD45B 45 t underground truck and two Terex Articulated surface haul trucks, since its declaration. The Government of Papua New Guinea ended the COVID-19 State of Emergency on June 16, resulting in a further easing of some of the restrictions, particularly around domestic movement.

“The equipment joins a significantly expanded and modernised fleet since the decision to proceed with the Stage 2 Expansion on March 13, 2019,” K92 said.

Back in January, the company said it expected a Sandvik DS421 cable bolter to arrive this quarter, alongside a modular batching plant. The company said earlier this month that this unit (pictured), as well as three new and high powered diamond drill rigs were in transit to the mine.

Twin incline activities have recently recommenced at Kainantu with the easing of restrictions from the state of emergency. Ground support for the portal is also underway, with portalling and the installation of steel sets expected to commence in the first half of the September quarter, the company said.

The process plant, meanwhile, has achieved multiple daily throughput records during the June quarter, significantly exceeding the 200,000 t/y, or circa-550 t/d nameplate capacity, with over 700 t/d achieved on multiple occasions.

“The strong performance of the process plant and underground mine to date are expected to result in gold-equivalent production exceeding March quarter output,” the company said.

Preparations are also being made to recommence Stage 2 process plant commissioning in the near term, to double plant throughput capacity to 400,000 t/y. All the equipment is installed, and commissioning is expected to commence in first half of the September quarter, with completion targeted at the end of that three-month period, K92 said.