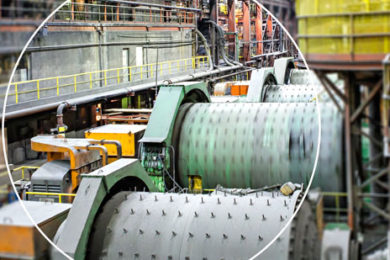 Monarch Gold says it has retained Ausenco Engineering Canada to conduct an upgrading study on the Glencore-owned Kidd concentrator in connection with its potential use to treat ore mined from Monarch’s Wasamac gold project in Quebec, Canada.

Under Phase 1, Monarch is to launch a study on upgrading all or part of the Kidd concentrator and related infrastructure with a view to transporting the ore from the Wasamac property to the concentrator by railway for processing and transformation into doré bars. The upgrading study is expected to be completed by October 2020.

The study mandate calls for Ausenco to execute the study in two distinct phases. Phase one will focus on developing high-level costs and financials for two practical project options, whole ore leach and flotation leach, and phase two will develop the preferred option to a prefeasibility study level.

Located in Timmins, Ontario, the Kidd concentrator was built in 1966 with numerous upgrades over the years. It currently processes metal ore to produce copper and zinc concentrates, with the facility having a design rated capacity of 12,500 t/d. The site has incoming and outgoing rail service via Ontario Northland Railway.

Jean-Marc Lacoste, President and Chief Executive Officer of Monarch, said: “We are excited to be working with an engineering firm like Ausenco, which has produced numerous solid studies and developed successful large mining projects around the globe, including recent and relevant benchmark projects such as Moose River gold (Nova Scotia).

“Ausenco has a strong track record of delivering project studies that go the extra step in optimising the project economics.”

“We intend to apply that ethos to provide a differentiated approach for the Wasamac project, one that extracts the maximum value for Monarch and sets the stage to move from the upgrading study into project execution and commercial production.”