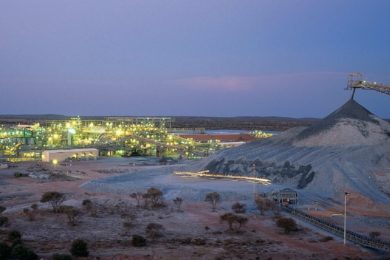 Chevron has announced the signing of a domestic gas sale agreement with BHP’s Nickel West division that will see a total of 22 Pj of equity domestic gas delivered to the operations in Western Australia over a 3.5-year period.

Chevron will supply the natural gas from its Wheatstone domestic gas facility from July.

Chevron Australia Managing Director, Al Williams, said the agreement highlighted the important role of natural gas in powering critical industries, such as mining, across the state.

“As a reliable and cost-effective way to generate electricity, natural gas is a vital energy source for current and future energy needs of Western Australian industry,” he said.

At full capacity, the Chevron-operated Gorgon and Wheatstone natural gas facilities will produce 500 tj/d of domestic gas for the Western Australia market – enough to generate electricity for 4.3 million households, according to the company.

Nickel West is a fully integrated mine-to-market nickel business with over 3,500 employees and contractors, BHP says. All nickel operations (open pit and underground mines, concentrators, a smelter and refinery) are located in Western Australia. The integrated business adds value throughout the company’s nickel supply chain, with the majority of Nickel West’s current production sold as powder and briquettes, the company added.

The division is currently in the middle of construction of a nickel sulphate plant at the Kwinana nickel refinery. Stage 1 is expected to produce up to 100,000 t/y of nickel sulphate.