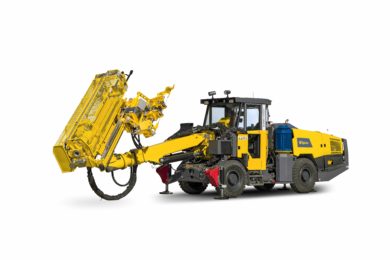 Epiroc has taken underground exploration drilling a step forward with the introduction of the Diamec Smart 6M, where M stands for mobile. IM spoke exclusively in advance of the launch with Ebrahim Nikafroozi, Global Product Manager, Underground Core Drills, about why the new model represents a major step forward.

In today’s industry, most underground exploration drilling is done with a skid mounted rig, and this is true of all the other Diamec models in Epiroc’s range. For mines conducting long holes that take time with limited movements this works well, but especially in many high-grade mines, where the priority is to update the mine model as quickly as possible using shorter 100-200 m holes and lots of them, moving a skid mounted rig becomes a time issue. Equally it represents a new era for those companies drilling longer holes in different parts of a large mining complex where movement again is a factor. 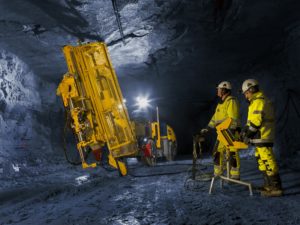 Epiroc does have a mobile Diamec rig in its current range, the Diamec 6 MCR, which is being phased out by the Diamec Smart 6M unit different for a number of reasons. First off is the fact that it now has the European CE mark of safety, health and environmental standards making it can now be sold throughout the EEA and not just the rest of the world.

Second, the Diamec Smart 6M is mounted on the latest Boomer S2 drill rig carrier, with some adjustments (water power instead of compressor on board). So it is utilising the drilling capacity of the Diamec Smart 6 but also has the mobility and sturdiness of the Boomer S2 rig carrier which was purpose-built for demanding underground operations with an extremely stable yet flexible boom offering many options in angles and set up. If the mine already has Boomer machines this also offers commonality of parts and greater service efficiency.

Third, Epiroc a few years ago developed a new automated rod handling system (RHS), with which the new model can be equipped – a major safety upgrade but also a productivity boost. It has the capacity to handle both drill rods and inner tubes. Many mines already demand RHS systems on their production and development drills so exploration is just the next step and this positions Epiroc well as new contract tenders come into play. 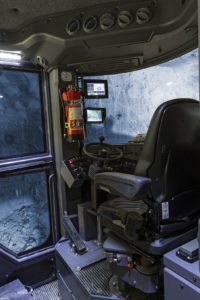 The Rod Handling System is also fully synchronised with the drill rig through the Rig Control System (in this case the latest RCS4 version) and is operated from the control panel. The Rig Control System offers a number of useful features including automation functions. It is fully compatible with Exploration Manager for advanced data collection and analysis. “The boom and feed positioning is radio remote controlled, allowing the operator to set up the rig from a safe distance with the best overview,” says Nikafroozi.

There is also a new protective safety guard around the rotating equipment with the added feature of a hydraulic opening and closing mechanism; again enhancing operator safety. Like other Diamec 6 rigs the Diamec Smart 6M is available with various feed lengths, standard and deep hole feed cylinders and three different rotation heads.

Fourth, the new rig is supplied with a Tier 3 or Tier 4 Final/Stage V Deutz water-cooled engine while the Diamec 6 MCR was only available with a lower emission control engine again boosting sales potential in more regulated mining countries. The diesel engine is used for tramming with an electric cable powering the unit during drilling. Further electrification will be a focus for the future as with other Epiroc mining drills.

Fifth, the optional enclosed cabin of the Diamec Smart 6M is both safe and comfortable with its FOPS/ROPS certification and air conditioning. The control panel can be moved in and out of the cabin, which uniquely in the industry allows the operator to stay in the cabin while drilling instead of just while tramming.

There are a number of other improvements to the new unit including rear-view camera with in-cab monitor, additional LED spotlights, fire suppression system and more. 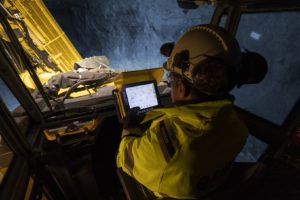 And the machine comes with Epiroc’s other support technology like Measure While Drilling (MWD) with which data logging and comprehensive reports give fleet managers and owners insight about the actual performance of the rig and also operational insight. In addition, it can be used with Exploration Manager, an

analysing tool to enable the user to explore value from the logged data and improve drilling and operation.

Overall, the machine is expected to revolutionise the way the industry carries out exploration drilling underground – especially for companies that want flexibility and agility in their underground programs. A more mobile drill means more drilling time as well time is wasted with relocation. Yes the initial capital cost is higher, but the experience of the Diamec Smart 6MCR has already proved a quickly payback with mobility in the right operation. As such it is appropriate that the first customer for the Diamec Smart 6M is an Australian mining contractor with a major underground exploration drilling business who will take delivery of the first unit this year. 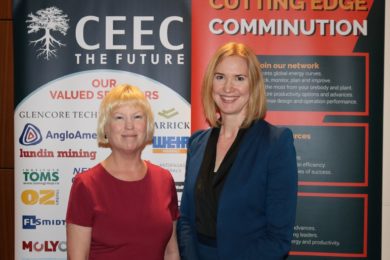