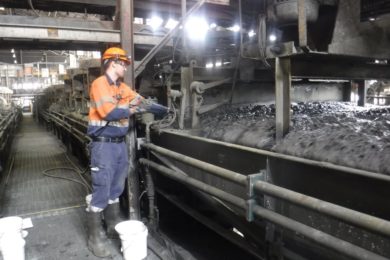 Mineral processing experts from the Sustainable Minerals Institute’s (SMI) Julius Kruttschnitt Mineral Research Centre (JKMRC) have overcome the hurdle of COVID-19-related travel restrictions to develop a remote survey coordination method which, they say, allows them to engage with site personnel and facilitate the same procedures they would have in person through the use of video streaming.

This approach enabled the team to connect and converse directly with both the copper processing team and metallurgical laboratory at Glencore’s Mount Isa mines.

JKMRC explained: “Surveying, diagnosing and identifying improvement opportunities for processing plants generally requires teams to travel to a mine site, often in remote locations, and undertake hands-on testing alongside mine personnel − a difficult feat considering ongoing travel and distancing restrictions.”

“Usually when one conducts a survey like this, it would involve a team of researchers travelling to a site, staying there for a minimum of a week, and working closely with site personnel,” she said.

“In this case, rather than us having a representative attend the site who coordinates the work, Glencore nominated an on-site representative who took responsibility and worked with us to ensure they had the information required to perform the survey.”

The JKMRC team set up a video link between the copper processing team and metallurgical laboratory so they could observe and direct the test work as it was being performed.

“The most important aspect of this is establishing a safe mobile link that is in line with the site’s safety requirements,” Verster said. “All remote viewing equipment allowed for hands-free operation and was protected against dust and water exposure.

“We opted to mount a smartphone on a hard hat or, alternatively a chest harness, that allowed site personnel to freely move around the plant while continuously streaming audio-visual data, and allowing for two-way communication.”

Verster said the experience the JKMRC team had at Mount Isa bodes well for using the method in the future.

“We are definitely pursuing this method going forward as it allows for the effective remote coordination of site work,” she said. “It also provides greater flexibility of survey timing which means one can make better use of operational windows for successful survey execution that doesn’t have to be pre-determined weeks in advance.

“The key to success is communication and lots of upfront planning and we are fortunate to have a close relationship with Glencore and are working with them on a number of projects.”

“This approach minimised the need for people to come onsite and proved very effective in streamlining the analysis of our mineral processing operations,” O’Donnell said.

“At Glencore, we recognise that collaboration is the key to unlocking innovations and improvement opportunities, and we were really pleased to work with the team at the Sustainable Minerals Institute’s Julius Kruttschnitt Mineral Research Centre.”