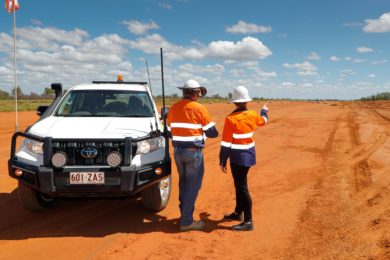 The scope of work will include delivery of a ROM bin, crushing circuit, stackers, stockpile, train load-out facility, and all associated infrastructure. The contract will support about 200 jobs and provide an additional economic boost to Mackay and regional Queensland.

According to the original project description from October 2013 authored by engineering services company GHD, the project’s coal handling and preparation plant (CHPP) has been designed to receive, size and process a maximum throughput of 74.5 Mt/y run of mine (ROM) coal, producing 60 Mt/y of product coal. However, this is the maximum approved production level. Initial mine production will be 10 Mt/y with a surface mine capacity of 40 Mt/y, rising to 60 Mt/y when the underground mining comes online.

CHPP is an overarching term for coal handling plant (CHP) and coal preparation plant (CPP). The facility will operate 24 hours per day, seven days a week for the life of the mine. The CPP will consist of four 1,600 t/h modules providing a total capacity of 6,400 t/h. The facility will be capable of receiving coal from the open pit mine haul trucks or overland conveyors as well as underground ROM when that phase of mining commences. It will be able to wash 75% of the ROM coal.

The raw coal surge stockpile has been included to provide minimum buffering between the differences in mining annual hours and processing operating hours. The high-ash (greater than 30% ash) portion will be washed for blending with the bypass coal (un-washed coal). Coal will be stockpiled prior to loading on trains for transportation by rail.