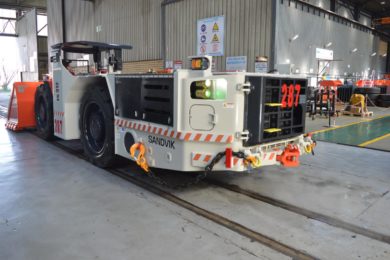 Less than a year after announcing the introduction of the flame-proof LS312 underground loader, Sandvik Mining and Rock technology has dispatched its first South African unit to Sasol’s Sigma underground coal mine, near Sasolburg in Free State Province.

Sandvik said earlier this month that the first LS312 unit was signed off and ready for delivery, with IM later discovering the machine was destined for Sigma.

“The LS312 loader is an enhanced 12 t high-capacity heavy-duty utility vehicle, building on the best features of our 10 t LS190 and 12 t LS190S models,” Hickson said. “This raises the bar once more in terms of better performance, reduced emissions and lower total cost of ownership.”

“Customers’ productivity will benefit from increased engine performance, with 20% higher torque and 8% more power,” Hickson said at the time. “The lower rpm at which the machine can run also translates into less engine wear and lower emission levels.”

Hickson highlighted that the new design continues to include a focus on reliability and maintenance, with the drivetrain enhanced with a 12 t axle, and the structural integrity of the front frame strengthened.

Maintenance crews will have easier access to hydraulic test points, which are now located in a panel on the side of the machine, making for safer working practices, Sandvik says. In addition, the improved cooling system will further reduce maintenance time.

With the industry-driven need for the collection of machine and operational information, the Sandvik LS312 LHD offers an on-board data monitoring capability allowing for transfer of information via the mine’s Wi-Fi network and management through the My Sandvik Cloud platform.

“Safety is paramount in all our designs, and a proximity detection interface is now provided as standard,” Hickson says. “The lower frame design – facilitating improved visibility for the operator –has been retained in the LS312.” 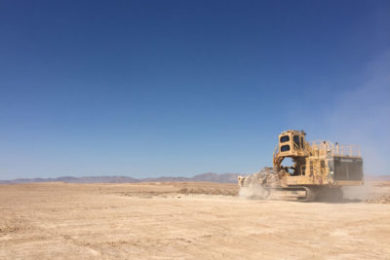