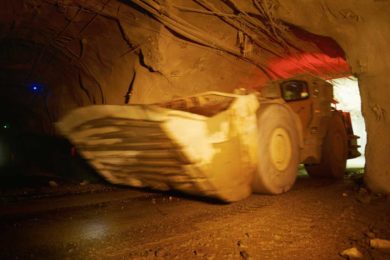 CMOC, the 80% owner and operator of the Northparkes copper-gold mine in Australia, which is currently undergoing a mine throughput expansion to 7.6 Mt/y, announced on 10 July 2020 that its wholly-owned subsidiaries had entered into a metal purchase and sale agreement with Triple Flag Mining Finance Bermuda Ltd, a whole-owned subsidiary of Triple Flag Precious Metals Corp.

CMOC said that NPM delivers an outstanding safety record, consistent performance and presents outstanding resource potential; with the Streaming Transaction ensuring “significant value realisation by reference to a portion of NPM’s gold and silver by-product production while maintaining full exposure to the primary copper production, which is in line with its long-term planning made by CMOC.” The company adds that the Streaming Agreement is a long-term financing instrument with no repayment and no minimum delivery obligations, at a cost of capital that is significantly more attractive than alternatives in global capital markets.

CMOC maintains exposure to gold and silver prices through residual ownership in gold and silver production, with a coordinated objective to expand and extend the mine over time depending on market conditions due to a 50% step-down in the percentage of gold and silver to be delivered under the Streaming Agreement once certain thresholds are reached.

The transaction is essentially a long-term commodity purchase contract with the delivery obligations contingent on an amount by reference to future production. The mining company is able to raise long-term funding at an attractive cost of capital while not being required to take the liability of making fixed or minimum deliveries or payments.

“Northparkes will be a new cornerstone asset, with robust cash flows over a very long mine life in a top-tier mining jurisdiction. This is a globally recognised mine with an excellent track record of safety, operations, reserve replacement and community involvement further bolstering and diversifying our portfolio,” commented Shaun Usmar, Founder and CEO of Triple Flag.

He added: “Mining at Northparkes commenced in 1993 with a Reserve of 68 Mt; 25 years later the mine has created significant value for its owners and their local stakeholders, and stands with a Reserve of 133 Mt, a Resource of 483 Mt and a long future ahead of it. Triple Flag is extremely pleased to be part of that future and will be joining Northparkes in their community investment program by committing A$50,000 annually that will go towards scholarships and community initiatives. We are extremely pleased to be embarking upon a long-term partnership with CMOC, who have had an impressive track record of rapid growth through world-class international M&A mining deals, offering the potential for further strategic financing opportunities together in the future.”

CMOC Executive Director Li ‘Steele’ Chaochun commenting on the transaction said: “This transaction provides CMOC with a long-term financing arrangement at a compelling cost of capital and demonstrates significant value from the gold and silver by-product production from Northparkes, an operation that delivers an outstanding safety record, consistent performance and presents outstanding resource potential. Additionally, CMOC maintains its core exposure to copper production in alignment with our future plans for the mine. We are excited to have formed this financing partnership with a company of the quality and reputation of Triple Flag and look forward to working with them.”