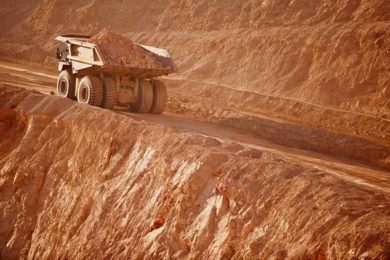 Having approved three more autonomous haulage projects across its iron ore and coal portfolio since late 2019, BHP is now taking aim at its Chile copper operations, with the potential for automated trucks currently being studied at Escondida and Spence, the company says.

Alongside the potential for autonomous trucks, drills are being converted to autonomous operation at Escondida and Spence, according to the company.

The news came within the company’s financial year 2020 results presentation today, which showed BHP generated underlying EBITDA of $22.1 billion and attributable profit of $8 billion over the 12-month period.

Since late 2019, BHP has announced and is implementing three additional autonomous haulage projects at mine sites across its coal and iron ore segments.

At the Daunia coal mine in central Queensland, it announced the introduction of 34 autonomous trucks in July 2020, with the first trucks set to begin operating in February 2021 and the rollout to be completed early in 2022.

At the Newman East (Eastern Ridge) iron ore mine in Western Australia, the first of 20 autonomous trucks began operating in July 2020, with the rollout expected to be completed by the end of this year.

At the Goonyella Riverside mine in Queensland, the first coal site to implement autonomous haul trucks, the deployment of 86 autonomous trucks is expected to be completed early in 2022, it said.

“We will continue to assess the value case for potential expansion of this technology to our other Australian iron ore and coal mine sites,” the company said in the results statement today.