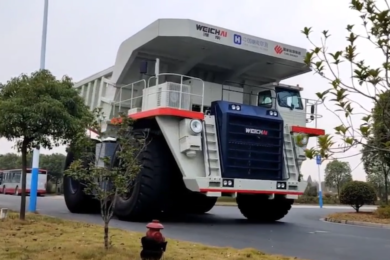 Following the 2019 completion of a prototype 200 ton hydrogen fuel-lithium battery mixed energy mining truck by Chinese engine major Weichai, working together with CRRC Yongji, the company has had significant interest in the concept from domestic and global mining players. The protoype is capable of movement unloaded but is used for demo purposes only, with the first full scale production model of the truck for loaded mine testing set to roll out of the factory in the second half of 2021.

Fuel cell tech industry leader Ballard Power Systems earlier this year confirmed to IM that it provided four 85 kW fuel cell modules for the prototype – at 340 kW this is still well short of the 800 kW that Weichai says will be needed for the full production truck. These were shipped from Ballard’s Canadian operations, however, in August 2020 Ballard announced that in China, the Weichai-Ballard joint venture commenced production activities and assembly of fuel cell stacks and modules in Shandong Province. Ballard says it will optimise manufacturing processes and start a production ramp through the remainder of 2020.

The JV factory will primarily supply LCS fuel cell stacks and LCS-based modules to the rapidly growing Chinese market for FCEV powered vehicles, particularly buses, commercial trucks and forklifts, but also wide body 50-60 t capacity “tipper” trucks that are widely used in Chinese mines. Ballard has stated that additional modules for the 200 ton mining truck project could be ordered from the JV in China so this is likely to be the case for the first full production model next year. 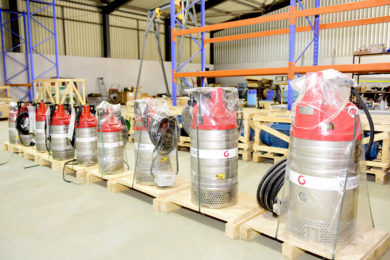