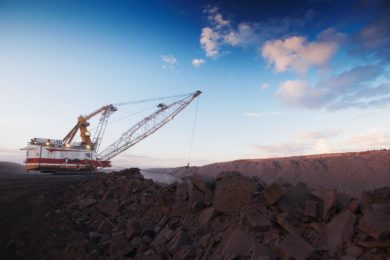 BHP has signed an agreement that could help it reduce emissions from electricity use in its Queensland, Australia, coal operations by 50% by 2025.

The renewable power purchasing agreement to meet half of its electricity needs across its Queensland coal mines from low emissions sources, including solar and wind, is with Queensland’s state-owned clean energy generator and retailer CleanCo, which has a target to support 1,000 MW of new renewable energy generation by 2025. The pact will run for five years from January 1, 2021.

“This will effectively displace an estimated 1.7 Mt of CO2e between 2021 and 2025 – equivalent to the annual emissions of around 400,000 combustion engine cars,” the company said.

BHP owns 50% of the BHP Mitsubishi Alliance (Mitsubishi holding the other 50%), which operates several coal mines across Queensland.

The agreement is the first of its kind signed by BHP in Australia and follows the company’s shift to 100% renewables in its Chile operations at Escondida and Spence from the mid-2020s. It will also support the development of new solar and wind farms in Queensland – the Western Downs Green Power Hub, due for completion in late 2022, and Karara Wind Farm, due for completion in early 2023.

BHP’s President Minerals Australia, Edgar Basto, said: “This is an important step forward in BHP’s transition to more sustainable energy use across our portfolio, and a first for our Australian operations. It will diversify our energy supply, help to reduce our energy costs, and reduce BHP’s Australian Scope 2 emissions by 20% from FY2020 levels.”

He added: “This is a prime example of prudent business decisions going hand-in-hand with social value, strengthening our business and benefitting the community.”

BHP Mitsubishi Alliance (BMA), Asset President, James Palmer, said: “This contract will help our operations across Queensland to further increase their sustainability through reducing the greenhouse gas emissions we generate from electricity use by half. It will also support two greenfield renewable projects that, in turn, are expected to generate regional jobs in Queensland.”

Over the five-year agreement, power will be provided via the grid, and predominantly contracted from a combination of solar, wind, hydro and gas generation, according to BHP.

For the first two years, power will be contracted from CleanCo’s low emissions portfolio which includes hydro and gas generation assets. From late 2022, the newly operational solar and wind farms are expected to progressively contribute up to half the electricity requirements, with the remainder supported by CleanCo’s low emissions portfolio. Combined with large-scale generation certificates, this will enable BHP to reduce Scope 2 emissions from its Queensland operations by 50% by 2025, based on the company’s 2020 financial year levels.

The contract will contribute to BHP’s medium-term, science-based target for the reduction of Scope 1 and Scope 2 operational greenhouse gas emissions – due to be announced shortly.