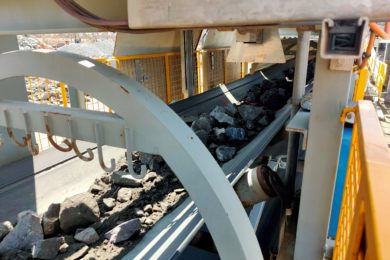 MBV Systems has received another order from the Australia mining sector for its 3DPM system, with the Sweden-based company set to deliver the online particle size distribution platform to Independence Group’s Nova nickel operation in Western Australia.

The order follows a trial at the nickel operation, which produced 30,436 t of nickel concentrate in the 12 months ending June 30, 2020.

The 3DPM system is used to increase knowledge and understanding of the material flow and hence improve the production efficiency and product quality at mine sites, MBV Systems says. It provides online particle size distribution measurements of rocks and bulk material through 3D measurements on conveyor belts.

“In this case (at Nova), the size distribution is used as a ‘disturbance variable’ in a model predictive controller for a SAG mill,” the company said. “The model can predict up to 100 seconds in advance the effect (of the material) on the SAG mill weight. This has greatly improved the stability of the grinding circuit as well as increased the energy efficiency of the mill.”

The rock bolt detection feature of the system detects rock bolts in real time, alerting the operator and allowing them to stop the feed to remove the rock bolt. This feature will enable IGO to act quickly and avoid unplanned downtime and costly damages, according to MBV Systems.

IGO control systems engineers are currently looking at other ways in which the measurement system can be used. One possible application is to use these measurements to track the wear of the jaw crusher liners, according to MBV.

“As the jaw crusher liners wear down, the average size of the crushed particles increases,” MBV Systems says. “This will allow IGO to do jaw crusher maintenance in a smarter way.”

The commissioning of the 3DPM system was carried out remotely due to COVID-19 restrictions, the company noted.

Lars Lindqvist, CEO at MBV Systems, said: “This is a very exciting order for us since IGO is a very interesting mining company which believes in a green energy future by delivering the metals needed for new-age batteries.”

The Nova contract follows a signed agreement with Rio Tinto from earlier this year that will see the mining company trial its 3DPM vision system at one of its mine sites in Western Australia.