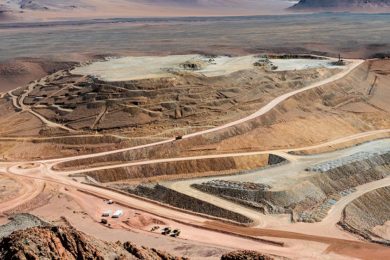 Fortuna Silver Mines says it has started the irrigation and leaching of ore placed on the heap leach pad at the Lindero gold project, in Salta Province, Argentina.

This is ahead of the first gold pour, expected in early October.

Jorge A Ganoza, President, CEO and Director, said: “In spite of all the restrictions and challenges brought by the COVID-19 pandemic, we are managing to successfully advance Lindero in a safe and secure manner for our personnel and neighbours.

“With the start of irrigation, we achieved one more key milestone in the pre-production phase as we prepare for what follows, the first gold pour at our third producing mine.”

Back in July, Fortuna said it had completed the primary and secondary crushing circuits at Lindero and it had started stacking ore on the heap leach pad.

The night shift operations at the primary and secondary crushing circuits began in mid-August and, at month’s end, daily throughput peaked at 17,400 t/d or 93% of design capacity of 18,750 t/d, Fortuna said.

Meanwhile, irrigation and leaching of ore on the leach pad commenced on September 1. The company also noted that pre-commissioning of the ADR (adsorption, desorption and regeneration) plant was 80% complete.