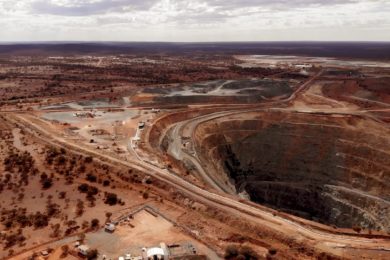 Perenti’s hard-rock underground miner Barminco has been awarded a development and production contract at Western Areas’ Odysseus mine, in Western Australia.

The contract at Odysseus, part of the Cosmos nickel operation, is valued at around A$200 million ($146 million) over five years and follows on from the earlier rehabilitation works completed by Barminco at the mine.

Western Areas acquired Cosmos in October 2015 and commenced the redevelopment of Odysseus in January 2019. Once in production, Odysseus is expected to produce 14,000-15,000 t/y of nickel concentrate, becoming Western Areas third nickel mine in Western Australia.

Western Areas Managing Director, Dan Lougher, said today (September 8) that excellent progress had been made on the underground and surface infrastructure works at Odysseus, with minimal COVID-19 impacts.

“We have reached a critical milestone with the firing of the full-face development of the Odysseus decline, which is now heading across to the orebody,” he said. “A significant amount of preparation and support work has been delivered across the site to reach this milestone.

“We now have our eye on the delivery of the first ore tonnes mined from underground in the first quarter of financial year 2022.”

Barminco’s Chief Executive Officer, Paul Muller, said the company was excited to continue its relationship with the Western Areas team, which began in 2005 at the Forrestania mine and has now grown to include the Cosmos nickel operation.

“Odysseus is a significant project to bring on-stream, and the five-year term demonstrates the trust and confidence Western Areas has in Barminco to continuously improve and deliver for them,” he said.