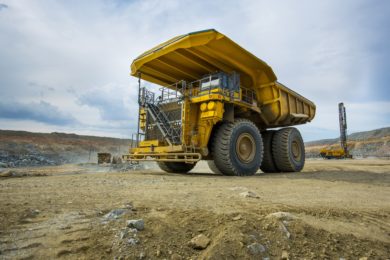 It was back in October 2019 that global mining company Anglo American as part of its FutureSmart Mining™ innovation program announced that it was developing a hydrogen-powered (strictly speaking it is a Fuel Cell Electric Vehicle or FCEV hybrid) large mining truck, working in collaboration with global energy and energy services company ENGIE.

Within FutureSmart Mining, the truck idea came out of a project where Anglo American had analysed its mine site power requirements for both mobile and fixed needs, focussing on renewable energy systems and their benefits, and coming up with a mix that would allow it to be carbon neutral with a very different footprint.

At the time the intention was to achieve first motion in 2020 and this announcement was followed by another the same month stating that an order for nine fuel cells had been placed with Ballard Power Systems (eight plus one spare), then in December 2019 that Nel Hydrogen Electrolyser AS would deliver a 3.5 MW electrolyser; and finally in February 2020 that Williams Advanced Engineering (WAE) would supply a scalable high-power modular lithium-ion battery system that together with the fuel cells would power the truck.

Fast forward to September 2020 and IM spoke to Julian Soles, Head of Technology Development, Mining & Sustainability at Anglo American, who is heading up the project, to find out how things are progressing, especially as since the first announcement, the level of interest in hydrogen technology in mining has hugely increased – the HYDRA project in Chile being a good example, which is working towards a prototype FCEV powertrain; while in China, diesel engine major Weichai working with CRRC Yongji has already built a 200 ton protoype FCEV mining truck using Ballard fuel cells, though this is only capable of limited movement, and Weichai expects the full powered version to roll out in H2 2021. But it still seems that even with its adjusted timeline, Anglo American will still have the first and largest full power FCEV mining truck in the world.

Soles acknowledged there had been some delays – largely due to COVID-19. But things are now back on track for Anglo American, however, with first motion now expected in the first half of 2021 at the Mogalakwena platinum open pit mine in the north-western part of South Africa in Mokopane, Limpopo. As previously stated by the company, the pilot truck will be a converted Komatsu 291 t 930E though Soles added on this and the wider potential: “The pilot truck is a Komatsu 930E, once we have completed the pilot phase we will assess whether there are other trucks that could benefit from being retrofitted in this way. We are also currently undertaking research in the wider use of the technology and once the testing phase at Mogalakwena is complete, we expect the trucks to be deployed at our other open pit hauling operations. Testing will commence in H1 2021 and continue throughout the rest of the year.”

What about the main technology pieces that have to come together? First off the WAE high-power modular lithium-ion battery system is in the process of being built in Grove, Oxfordshire, before being shipped to First Mode in Seattle who will integrate it with the Ballard Power Systems fuel cells, and finally the completed power unit will be shipped to South Africa for integration into the truck.

The truck will use eight Ballard FCveloCity®-HD 100 kW modules. Soles told IM: “The proportion of fuel cells to battery has not changed since the start of the project, in that we are using 800 kW of fuel cells and a 1.1 MWh battery to provide a peak power of over 2 MW.” Through regenerative braking, the battery system will be capable of recovering energy as the haul truck travels downhill.

Over in South Africa, progress is also being made on the Nel 3.5 MW electrolyser plant, which uses electricity to split water into its constituent parts of hydrogen and oxygen. Soles said Anglo American has broken ground on site in Mogalakwena, and the majority of the electrolyser plant equipment is already in the country with first hydrogen expected in Q2 2021. Nel has said it wants to become a world leader in “zero-carbon transition as a service” for its mining and other customers. The electrolyser is capable of producing up to 1,000 kg of hydrogen per day. Most of the electricity for the hydrogen production will come from PV solar power. The electrolyser capacity surpasses the daily demand of the truck, enabling storage for fuelling during night time or moments when solar radiation is poor, maximising the renewable share of the hydrogen.

Other suppliers involved include Plug Power Inc, which is to provide a custom refuelling system for the FCEV truck. It has been tasked with building a full compression, storage, and dispensing system to service the new hydrogen-powered vehicle. Plug Power’s system will be the first of its kind, and the largest refuelling system built by the company to date.