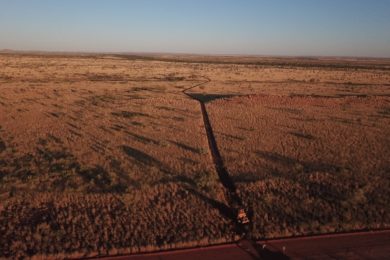 Calidus Resources has started construction ahead of schedule at its Warrawoona project, as well as made two key appointments to deliver on its gold mine development in Western Australia.

It has appointed Macmahon Holdings as the preferred mining contractor for the project, while GR Engineering Services has been awarded preferred tenderer status for the process plant engineering procurement and construction.

While construction activity has already commenced ahead of the main project construction activities, which are expected to kick off in the March quarter of 2021, these contract tenders will allow finalisation of major contracts as part of the ongoing feasibility study at Warrawoona, due for completion this month, Calidus said. It will also help facilitate front end engineering and design for the project and the placing of orders for long lead items.

This project involves the development of a new open-pit mine in the Pilbara region, with the scope of work for Macmahon to include all open-pit mining activities, and potentially some early stage civil works.

Macmahon estimates the open-pit mining work will generate around A$220 million ($160 million) in revenue over 54 months and require capital expenditure of circa-A$30 million. There is also potential for the Warrawoona project to include underground mining, which could represent a further opportunity for Macmahon when this is developed, it said.

Macmahon expects it will start work on site in the first half of 2021, with the project to eventually employ more than 120 of its personnel.

GR Engineering, which has completed the last two gold plants in Western Australia, according to Calidus, will work on the design and construction of the process plant and associated infrastructure, meanwhile.

A prefeasibility study on Warrawoona completed in July 2019 outlined average gold production of 97,000 oz/y at an all-in sustaining cost of $1,159/oz over an initial six-year mine life via a 2 Mt/y conventional CIL processing circuit with single stage crush and SAG mill.