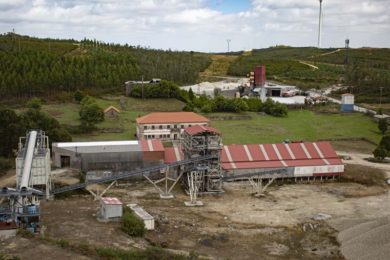 The “exceptional” ore sorting results showed a 50% rejection of un-mineralised rock and an approximate doubling of feed grade, which would significantly lower the planned process capex and opex, and enhance process efficiency through a simpler process flowsheet, the company said. The 50% cut in process tonnage also reduces the project’s environmental impact, with a far lower volume of waste generated, lower energy consumption per unit of metal produced and reduced water consumption.

The “Grade Recovery Curve” showed the potential for over 90% tungsten recovery with an increased yield of up to 55% of feed mass, it added, while testing of the low-grade ores showed viable recovery from over 2 Mt of mineralisation not currently factored into the project’s economics.

TOMRA’s conclusion in its report was that “the results from this test work were positive for both sizes and samples. Significant upgrades of WO3, as well as high recoveries, were achieved in all test runs for sample ‘40’ using X-ray Transmission (XRT), while leaving rather low grades for WO3 in the waste fraction. A calculation has shown that a 90% recovery of tungsten can be possible at a waste removal of more than 50%.

The success of the XRT sorting tests allows several mining and process options, Rafaella says, including:

TOMRA estimates a throughput of 1 Mt/y of feed ore and circa-500,000 t/y of pre-concentrate would require two XRT units.

“The clear discrimination between ore-bearing rock and low grade or barren rock has delivered high recoveries and yields allowing for a simpler process plant,” he said. “The benefits of this simplification will be significant once the metallurgical studies are completed. These results are now being fed into the feasibility study that is in the final stages of completion.

“The company looks forward to providing the market with these exciting updates on the fast tracking of its flagship project over the coming weeks.”