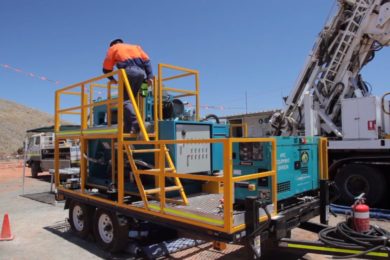 With the search for new mineral discoveries increasingly occurring at depth and undercover in remote locations, the pressure to find better ways to reduce water consumption during exploration drilling programs is vital as companies meet their environmental, social and governance obligations.

Global mining technology company IMDEX says it is meeting the challenges with solids removal units (SRUs) that can reduce water consumption by up to 80% during drilling. The savings mean less draw on water from sources including rivers, dams or underground aquifers, and a reduction in water transported to the drill sites.

Adoption of the technology has increased significantly in Europe to meet strict environmental guidelines, along with North America and some South American countries, IMDEX says. IMDEX SRUs Global Product Manager, Chris Havenga, said there had also been a dramatic increase in adoption in Africa in the past two years.

He said mining companies were increasingly directing drilling contractors to use SRUs because of the environmental benefits.

Other benefits include a 75% reduction in drilling fluid consumption; water cartage and disposal costs reduced by up to 75%; and a saving of up to A$10,000 ($7,132) on digging and remediating sumps.

“With minerals being deeper and underground, deeper holes need to be drilled so holes of 1,000 m or more are no longer uncommon,” Havenga said. “Using the traditional sump method alone means increasing the number of sumps and the footprint of the drilling operation. The centrifuge in our SRUs means we speed up settling speeds and contractors can drill the same hole with less fluid and less solids retained in the fluids.”

Other benefits include improving relationships with land owners, gaining access to sensitive or remote areas, and reducing the risk to waterways and local wildlife. 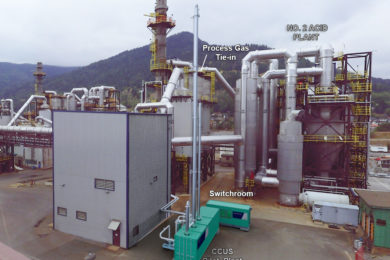