Clarity on Poland’s coal mine closures by 2049: two state thermal coal companies only 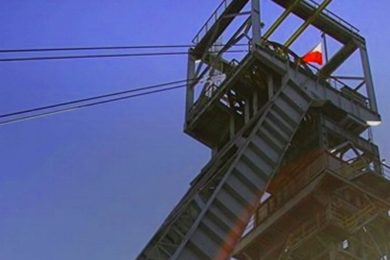 There have been a lot of misleading press reports in English in mining as well as general publications that seem to suggest that a recent deal struck between the Polish Ministry of State Assets and the Silesian branches of the coal miners’ Solidarity union translates to the end of all underground hard coal mining in the country by 2049.

In fact the deal concerns thermal coal only, not metallurgical coal, and relates to the closure of the coal mining operations of only two large state run coal mining companies, the majority being mines run by Polska Grupa Górnicza (PGG) which has agreed to shutter all of its mines by 2049; plus an operation owned by Weglokoks SA.

Therefore other key profitable privately held coal producers like thermal coal miner Bogdanka and metcoal group JSW are unaffected for now. PGG will in the short term close its Wujek mine in Katowice (its smallest mine, previously connected with the Murcki-Staszic mine) in addition to parts of its Ruda complex, namely the Pokój mine in Ruda Śląska. Other parts of the Ruda mine – Bielszowice and Halemba – are to operate independently until 2023, when their merger is planned. Halemba itself is to work until 2034. The list of other planned closures is detailed below.

The main focus of current developments including the deal with the unions has in fact been drawing up a social contract to regulate the operation of the state owned coal mines and help ensure that subsidies ie state aid can continue for Poland’s state owned thermal coal industry with the European Commission’s blessing. The government will apply to the European Commission for consent to state aid, in particular to finance current production, in order to ensure the stability of these hard coal mining companies.

As reported by Poland’s business newspaper Puls Biznesu (PB): “The document contains guarantees of employment up to the mining pension for all employees underground or in coal processing plants on the date of conclusion of the agreement. This applies to the staff of companies controlled directly or indirectly by the State Treasury.”

The same PB report says that if the employee allocation system does not guarantee the continuity of a given person’s work in a mine or processing plant, it will be possible to take advantage of the following options: pre-retirement leaves or one-time severance pay. The leaves will be available to miners with no more than four years remaining until retirement and employees of processing plants at least three years before retirement.

PB adds that the agreement states that the final shape of the state’s energy policy will depend, inter alia, on the content of the social agreement. The social contract is to include financing mechanism for companies in the hard coal mining sector and investments in low- and zero-emission hard coal-based energy generation sources – including through investments in the Łaziska Power Plant, using CCU technology (with CO2 capture – PAP) and installations for the production of hydrogen from coke oven gas.

The agreement also provides for the creation of a special purpose vehicle, the purpose of which will be to implement projects in the area of ​​clean coal technologies, including the so-called smokeless fuel. The company will verify projects in the areas of IGCC technology, coal gasification), CCS, CCU (CO2 capture) and the use of coal to produce methanol and hydrogen. It is also expected to allow the use of the so-called smokeless (coal) fuel in households until 2040.

The appendix to the agreement contains the deadlines for the end of coal production in individual mines of PGG until 2049; as stated the appendix does not include the names of the mines of Tauron Wydobycie SA and the Bogdanka mine in the Lublin region. There is also no mention of the mines of JSW.

According to PB’s report on the appendix, in 2028, the Bolesław Śmiały (PGG) mine in Łaziska Górne is to be shut down, but the possibility of investing in the “Za ditch Bełcki” deposit, which belongs to this plant, will be analysed before this. In 2029, the Sośnica mine in Gliwice (PGG) is to stop mining; but the possibility of obtaining a license for the Makoszowa mine will be verified earlier. In 2035, the Piast mine (PGG) in Bieruń would close, and two years later, the Ziemowit mine (PGG) in Lędziny. “By 2023, the Piast-Ziemowit mine will be analysed as to its further operation in terms of the possible use of coal in gasification installations in terms of methanol production,” reads the agreement.

The Murcki-Staszic (PGG) mine in Katowice would be shut down in 2039, and the Bobrek mine (Weglokoks) in Bytom – a year later. In 2041 the Mysłowice-Wesoła (PGG) mine would cease to extract coal, in 2043 the Rydułtowy mine (PGG), and in 2046 the Marcel mine (PGG) in Radlin. In 2049, the last two mines belonging to PGG are to be shut down: Chwałowice (PGG) and Jankowice (PGG).