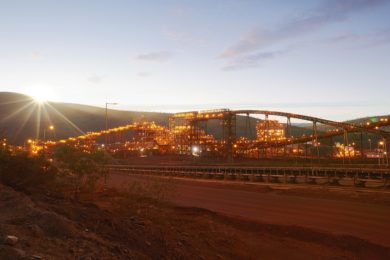 Resource Development Group’s Central Systems subsidiary has been awarded a contract to design and construct the central facilities at the Fortescue Metals Group’s Solomon mine site in the Pilbara of Western Australia.

The contract with FMG Solomon Pty Ltd has a value of approximately A$57.5 million ($41.3 million) and is due for completion in June 2021.

Fortescue’s Solomon Hub is in the Hamersley Ranges and comprises the Firetail and Kings Valley mines, which together have a production capacity of 75 Mt/y. At the hub, higher iron grade, low cost Firetail ore is blended with low phosphorous Chichester ore to create the company’s Fortescue Blend.

In the company’s recent annual financial report, it said it was in the process of reviewing the operations of CSS as it seeks to determine its future direction to ensure profitability.