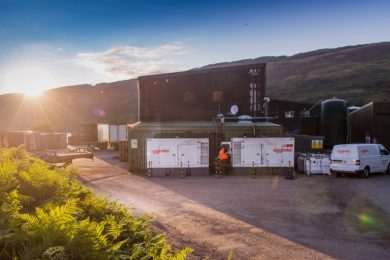 Aggreko has been appointed as the preferred power supply contractor for the 12 MW heavy fuel oil (HFO) power plant at the Colluli potash project in Eritrea, Danakali has reported.

The power company will provide a full scope of support services for the supply, commissioning, and maintenance of the power plant, then transfer to the jointly-owned Colluli Mining Share Company (CMSC), under a five-year buy-own-operate-transfer (BOOT) contract. Aggreko will also provide the funding for the power solution, which provides certainty over delivery of this preferred solution, Danakali said.

The choice of the BOOT agreement is due to the equipment being available now and not needing to be built, Danakali, a 50:50 owner of CMSC along with the Eritrea government, said. This will also de-risk the development schedule, it added.

The costs of the power solution provided by Aggreko over the five-year contract period is lower than the front-end engineering design study results, according to Danakali.

Aggreko is funding the capital expenditure required for the power plant and all equipment will be transferred to CMSC at no extra cost at the end of the contract period, Danakali explained. This power solution is scalable and can increase/decrease according to CMSC’s needs, it added.

The agreement between Aggreko and CMSC is subject to the conclusion of ongoing negotiations to optimise the scope of works, contract pricing and execution; and board approval of the final investment decision for Colluli.

In July, the Eritrean Ministry of Energy & Mines paved the way for construction to start at the project after accepting the Colluli Notice of Commencement of Mine Development.

Niels Wage, CEO of Danakali, said: “We are very pleased to announce the appointment of Aggreko as our single power provider. With 55 years of experience in delivering high-quality, reliable service to a large number of projects, we are confident they have the capabilities to provide our power needs for Colluli.

“At the early stages of the project development, the HFO solution will provide us with flexibility and reliability, and as confirmed by social and environmental impact assessment, Colluli will have a relatively small impact on the environment. Going forward, once project development is in more of a steady state, we will look to diversify our energy sources towards renewables available in the Danakil region, as per our commitment to sustainable and environmentally friendly solutions.”

John Lewis, Managing Director, Africa – Aggreko, added: “Our extensive experience in Eritrea and knowledge of the local market means that we are ideally placed to provide a solution which meets the specific needs of Danakali and deliver a reliable power supply for this project.”

Colluli has a JORC-2012 compliant measured, indicated and inferred resource of 1,289 Mt at 11% K20 equivalent and 7% kieserite.