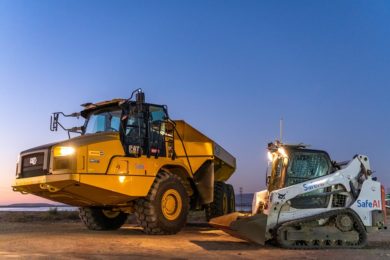 SafeAI, a platform for autonomous heavy equipment, and Obayashi Corporation, a Japanese-based global leader in construction, have announced a partnership to create autonomous construction sites, beginning with a pilot program on a US test site. “Joining with one of the largest names in construction, SafeAI is demonstrating industrial autonomy in a real world situation and setting a standard for future autonomous heavy equipment.” The news follows Obayashi Corporation’s strategic investment in SafeAI in November 2019.

The statement said: “Globally, construction represents one of the largest sectors in the world economy, according to The McKinsey Global Institute – $10 trillion is spent on construction-related goods and services yearly. America creates nearly $1.3 trillion worth of structures each year while Japan creates 11.1 trillion yen worth of construction orders. Yet the industry-at-large faces labour shortages, missed deadlines, and increasing costs. The COVID-19 pandemic has only accelerated these labor shortages – 83% of contractors reported moderate to high levels of difficulty in finding skilled workers, causing them to turn down projects.”

SafeAI believes that autonomous heavy equipment uniquely addresses long held pain points of the construction industry by offering a safer, more productive solution that can operate 24/7 without risk of fatigue or injury. “To that end, SafeAI has built an open, interoperable full stack autonomy platform that can be retrofitted across existing fleets of industrial equipment. The interoperable model allows for integration with a range of ecosystem partners, bringing the entire vehicle onto the autonomous platform. SafeAI’s advanced autonomy is equipped to deploy in a variety of construction use cases while navigating highly dynamic worksites.”

“Our work with Obayashi paves the way for safer and more efficient construction sites across the world and reflects Obayashi’s commitment to innovative, connected technologies,” said Bibhrajit Halder, founder and CEO of SafeAI. “There is a critical need for autonomy outside of on-road vehicles – the technology is ready today and we’ve built an ecosystem specifically for the construction and mining industries.” SafeAI has told IM that it is actively working on similar projects in mining on which more details will be released in due course.

“We are investing in autonomous solutions that we believe will play a critical role in our success both in the near term and also down the road. SafeAI has built a powerful autonomous ecosystem that ushers in safer, more productive worksites,” said Hiroto Sato, COO of Obayashi SVVL (Silicon Valley Ventures & Laboratory). “Throughout our partnership, we look forward to building operational and organisational structure to support this pilot and more deployments like it in the future.”