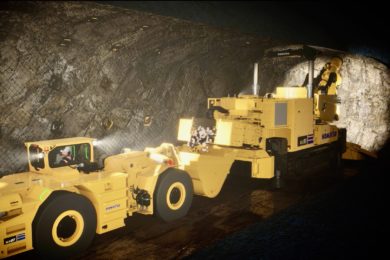 Vale, in 2021, is due to embark on a major hard-rock cutting project at its Garson mine, in Sudbury, Canada.

Part of the mechanical cutting demonstration within the CMIC (Canada Mining Innovation Council) Continuous Underground Mining project, it will see the company test out a Komatsu hard-rock cutting machine equipped with Komatsu DynaCut Technology at the mine.

With an aim to access the McConnell orebody, as well as provide a primary case study for CMIC members to learn from, all eyes will be on this Sudbury mine in the June quarter of 2021.

Vale plans to demonstrate the ability to cut rock in excess of 250 MPa; cut at a commercial rate of more than 3.5 m/shift; quantify the cost per metre of operation and start to look at the potential comparison with conventional drill and blast development; assess the health, safety and environmental suitability of the mechanical rock excavation (MRE) process; and gain insight into the potential of an optimised MRE process.

Another Komatsu unit has already been assembled and (by now) is most likely operating at the Cadia underground mine in New South Wales, Australia, operated by Newcrest Mining. Vale will be watching developments here, where a three-month “pre-trial” cutting hard rock will take place.

Vale has laid out a testing plan for its own machine, with the unit set to cut around 400 m for the trial period.

IM had to find out more about this.

IM: Why do you think industry collaboration is key in the underground hard-rock cutting space, in particular? Why has it been harder to develop and apply this technology in mining compared with other solutions such as automation, electrification and digitalisation?

LM: There are many various OEMs entering the market with hard-rock cutting equipment. All of them approach the problem a little bit differently, so it is difficult for one company to trial all of the options. At the same time, we are trying to leverage these new technologies and processes across the industry for a mechanical cutting type of future. For me, this is essential if we are to get the safety, cost and productivity benefits we need to make some of these new underground mines viable.

IM: Since the project was presented at CMIC’s ReThinkMining Webinar, in June, have you had a lot more partnership interest in the project?

LM: We have seen a few other industry members ask questions and connect regarding this project. Some mining companies, while interested, are a little unsure of how they can get on-board with a project like this. What we have done is to utilise the CMIC consortium to make it the foundation of this collaboration, ensuring it is as easy and efficient as possible to join. Also, we want to cover the key concerns that mining companies have when it comes to collaboration, which CMIC is well aware of and can address.

CMIC is well connected with underground professionals and like-minded companies, and is able to pull in interest and facilitate the collaboration framework.

IM: What has happened to the MRE project timeline since June? Are you still on for receiving the machine in early 2021 to start testing later in the year?

AC: The machine has been assembled and we will mobilise it to Canada in early 2021. All of the underground cutting, in Canada, is scheduled to start in April 2021.

Komatsu have assembled two units – the first unit has come off the assembly line and is about to start trials at Cadia any day now. The second machine has just completed final assembly and will undergo Factory Acceptance Testing in the next few months, while we monitor the initial performance of the first machine. The second machine will come to Canada early next year and, if there are any modifications required, we can carry them out, prior to it going underground.

IM: How has the machine changed from the prototype that was initially deployed at Cadia and shown at MINExpo 2016?

AC: In 2016 and 2018, Komatsu implemented a proof of concept and, after that proof of concept, there was interest from miners to build a full commercial unit – which has happened now.

The prototype was ultimately to test the enabling cutting technology, whereby this element was retrofitted to a medium-sized roadheader for manoeuvrability. What Komatsu has done now is fully embed it into a system more like a continuous miner, which has the cutting arm, ground handling shovel & collector and the rest of the body to put it into a full production, continuous operation. It is now going to be part of the production process, as opposed to just testing the cutting aspect.

IM: Considering the end goal of this project is to evaluate the type and number of applications for which hard-rock cutting is suitable across industry (not just at Garson and the McConnell orebody), why did you select the Komatsu HRCM?

LM: It’s really about the Komatsu DynaCut Technology, which, for us, is an extremely low energy process for cutting the hard rock compared with, say, a TBM.

At the same time, what attracts us is the ability to integrate it with existing infrastructure within our current process at the mine – bolters, trucks, LHDs, etc. It is not about fully redesigning the mine to implement this technology.

This trial is that first step to really prove and understand the Komatsu DynaCut Technology in terms of dealing with cutting our relative hard rock in Sudbury. In that regard, the Komatsu technology provided the best technical opportunities for the conditions at hand.

IM: When the machine gets going in Australia, what hardness of rock will it be cutting in the hard-rock stage? How does this compare with Garson?

LM: Cadia is a rock ranging around 200 MPa, whereas in Sudbury we would be looking around 250 MPa. That’s when you talk about Uniaxial Compressive Strength (UCS) of the rock.

When you start looking at this undercutting technology, there are a few other aspects you need to consider. This includes rock toughness – the ability to resist a crack when a tensile force is applied, sort of like a jackhammer – and brittleness – how much energy that rock can absorb before it breaks.

Ultimately, we are working with Komatsu to understand how we should adapt an undercutting technology for our mines, and what the key parameters to consider are. At this stage, UCS seems to be the benchmark in the industry, but I think there will be a lot more considerations to come out of this project.

IM: What are the reasons for applying the technology at Garson? Were other areas in Sudbury considered?

AC: The priority for us was to have a shallow, low stress ground environment to start off with. At the same time, these are significant machines that would have to be disassembled if you were going down a shaft, which would be complicated. We have ramp access at Garson which makes things easier.

The other point is that Garson is an operating mine so we have got the facilities that can support the project; everything from removing the rock to ground support, service installation and surface infrastructure.

IM: How widespread do you think hard-rock cutting could be across the underground industry? Could it eventually become a mainstream method to compete with drill and blast?

LM: This is the ultimate question. I would like to say yes, it will become mainstream. It is our intention to really develop and prove that it can not only compete with drill and blast, but ultimately improve on it. This will see, in the future, an application for both mechanised hard-rock cutting and drill and blast.

You are going to need to look at fundamental KPIs such as safety, productivity and the cost associated with that productivity.

The focus now is to mature the cutting technology and start to develop the production or the process that goes with underground development beyond just cutting rock.

When developing around sensitive areas where you require low disturbance, hard-rock cutting will be important, as it will be in highly seismic ground. Then, if the unit cost of operating these machines gets low enough, you can start to assess orebodies that were previously not viable. At the same time, it is an electrified process so enables the industry to accelerate some of the decarbonisation plans for underground mining.

IM: Anything else to add on the subject?

LM: I think it’s fair to say, there will be no ‘one-size-fits-all’ solution when it comes to hard-rock cutting. Different OEMs are going to develop and mature solutions and there will be applications for each of them, but we have got a long way to go to really understand that as an industry.

The ultimate goal is to get that industry collaboration between OEMs and industry going to ensure solutions are developed that show a way forward for the sector.

This Q&A will feature in the annual continuous cutting and rapid development focus, soon to be published in the IM November-December 2020 issue. Photo courtesy of Komatsu Mining 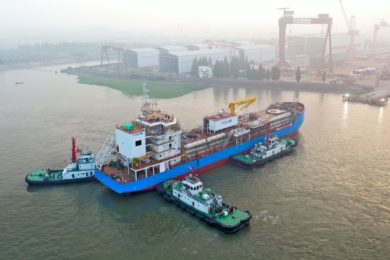 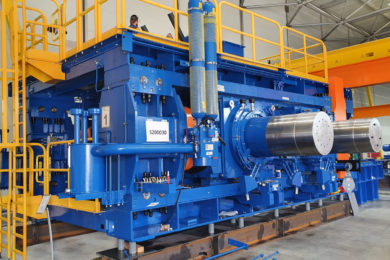