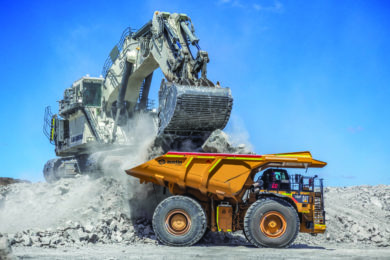 Austin Engineering’s growth initiative to expand the company’s presence into new markets appears to be working, with the company having recently won contracts to deliver products to Africa (Egypt), Eastern Europe (Ukraine), and South and Central America (Argentina and the Dominican Republic).

This is the first time in the company’s history that product has been supplied to these countries, it said.

The total value of orders, consisting of truck bodies and buckets, received is in excess of A$6 million ($4.3 million) and is anticipated to provide a springboard for further sales into these markets, the company said. The majority of the orders received by value have been provided from subsidiary companies of large global miners, it noted.

The order received in Egypt was made possible by the Austin ETT joint venture partnership entered into earlier this year. Prior to this partnership, Austin would not have been in the running for this opportunity, further cementing the value in collaborating with the right strategic partners in territories that Austin does not currently have a physical presence, the company said.

In line with this strategy, Austin Engineering has also recently signed a contract with a representative in South America to work with potential clients in Brazil and is in the process of finalising a representative to support Austin in Eastern Europe.

“Both of these markets have a large field population of mining trucks and shovels and could be important markets for Austin in the medium term,” the company said.

Austin Engineering Managing Director, Peter Forsyth, said: “These new territories are important to Austin’s growth aspirations, as there are a number of mining regions around the world that are still largely operating with standard OEM products for truck bodies and excavator buckets. Adoption of Austin’s innovative replacement products in these regions would enhance production metrics significantly.

“Partnerships are proving key to our success in entering these new regions and allow us to leverage our experience with our partners’ commercial contacts to achieve great outcomes for Austin, our clients and our partners.”