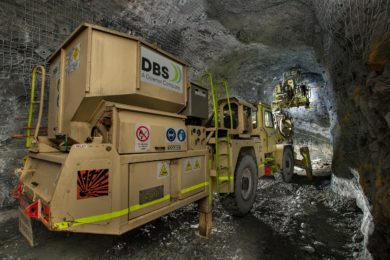 Downer EDI Ltd has announced that it has entered into an agreement to sell its blasting services business Downer Blasting Services to Enaex SA. Enaex is a subsidiary of the Chilean company Sigdo Koppers Group, which has operations in five continents, and is the largest producer of explosive-grade ammonium nitrate in Latin America.The sale price represents an enterprise value of A$62 million.

Downer Blasting Services (DBS) is one of the largest blasting contractors in the Australian mining industry. It provides blasting and explosives services to open pit and underground projects across Australia, with a fleet of over 45 explosives delivery systems, five state-of-the-art emulsion-manufacturing facilities and a 150-strong workforce.

The Chief Executive Officer of Downer, Grant Fenn, said the sale of Downer Blasting Services was an important step in Downer’s Urban Services strategy. “The sale of Downer Blasting Services follows the sale of the Snowden consulting business and also our share in the RTL Mining and Earthworks joint venture,” Fenn said. “We are in active discussions with a number of interested parties in relation to the rest of the Mining portfolio.” Completion of the transaction, which is subject to regulatory approvals and other customary conditions, is expected to occur before the end of March 2021.

Its history is interesting – at the turn of the Millennium, Roche Mining purchased CBS – a small blasting contractor with five projects and an emulsion-manufacturing facility in the Hunter Valley – and rechristened the business Roche Blasting Services. In 2002, it entered into a joint venture with South African explosives company, Sasol, and changed its name to Sasol Roche Blasting Services. It was also in that year that it broke into the Queensland market for the first time, winning a contract at Goonyella Riverside Mine which it completed in 2018 – 16 years later. Its New South Wales and Queensland operations continued to expand over the next couple of years, so in 2004, it built an emulsion-manufacturing facility in Bajool to service its Queensland operations. In 2007 it expanded its geographical presence and started working in the iron ore sector, with two new contracts in Western Australia. To supply these operations and support continued growth in this region, it built an emulsion-manufacturing facility at Collie. It was also in this year that the parent company, Roche Mining, rebranded to Downer Mining, and it subsequently changed its name to Downer EDI Mining – Blasting Services.

In 2008, a fourth emulsion-manufacturing facility was built to service a new project at Savage River Mine in Tasmania. The year 2009 was the beginning of significant growth for the business. New contracts were won or renewed with BMA Coal, Rio Tinto and Yancoal Australia. In 2010, it was awarded a new contract at Christmas Creek mine and revenue reached A$150 million. By 2012, it had won more new contracts, including a A$90 million contract with Jellinbah Group and the turnover exceeded A$300 million. To provide customers with supply chain security, it also entered into Ammonium Nitrate (AN) supply agreements with domestic and international suppliers.

In 2013, it was awarded over A$230 million in contract extensions with long-term clients, Yancoal Australia, Sojitz and Saracen. The name was also shortened to Downer Blasting Services – or DBS and the company took on a new business venture – underground blasting. Through partnerships with Forcit Explosives and Normet, it now offered underground blasting services using leading-edge technology.